CMT Premiere: Clayton Anderson Encourages Fishermen To Take Pride In Their Catch In “Show Me Your Fish” 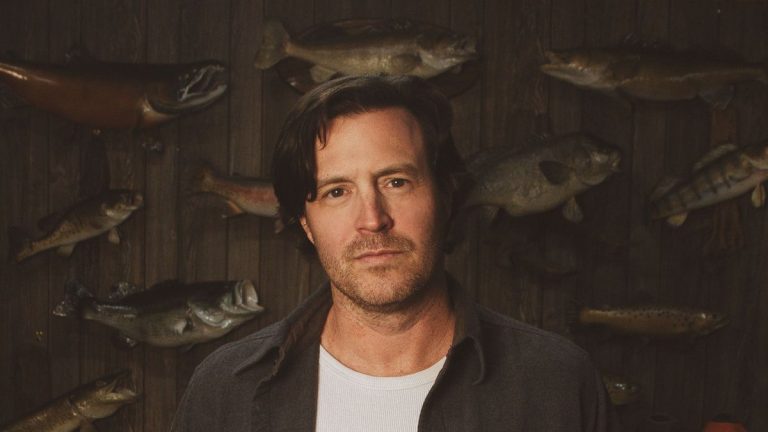 Before Clayton Anderson pursued his artistry full-time, he was an ordinary Midwest guy who enjoyed baiting a hook alongside his grandfather and casting a line out into the freshwater lakes of Southern Indiana. With the sun kissing his skin, the passionate fisherman would whip out his guitar and strum until he got his first bite. Anderson credits the long hours spent on the water as the start of his musical journey.

When Kenny Chesney took a break from island life to make a stop in Cincinnati to host his Next Big Star Battle in 2008 – Anderson jumped on the opportunity to participate. When he took center stage at the Riverbend Music Center and received the title, little did he know the win would open several doors to new opportunities.

Shortly after exposing his country-rock flair – he said goodbye to the lakeside town that built him in order to bring his craft to new heights. It wasn’t long until notable names in Nashville recognized his knack for songwriting, stage presence, and contagious sound. Anderson quickly found himself performing alongside hitmakers including Eric Church, Blake Shelton, Thomas Rhett, Lee Brice, and fellow boater Jimmy Buffett.

While Anderson’s career was developing and heading in the right direction, the Coronavirus pandemic stepped in the way. Yet, the global health crisis forced him to think outside the box to keep the positive momentum up. The singer-songwriter returned to his roots and held a socially-distanced Lake Tour.

“The whole lake concert experience really takes me back, because that’s where I kicked off my music career – playing my guitar at the lake,” said the breakout artist. “It was such a great feeling to be able to bring people together during a time we needed it most,” he added.

After utilizing the power of music to cultivate memories out on the lake, he decided to pen up-tempo track “Show Me Your Fish” with Christian Stalnecker and Dave Audé. The summertime anthem that is destined to be bumping on boats nationwide, encourages fishers to flaunt their catch of the day with pride. To bring the uplifting tune to life, Anderson turned to country music video director Shaun Silva.

In over two minutes, Silva and Anderson urge listeners to reminisce on memorable moments on the water and remind them to be excited to hold up their fish – big or small. In the video, Silva had Anderson performing the toe-tapping track on a vibrant stage, which also included a touching montage running on a big screen.

“This song idea came from how every angler is proud to show off their catch, so it was awesome getting to have all our friends and fans up on the screen behind us,” the artist told CMT before highlighting that the slideshow features world-renowned fishermen. “Was also a huge thrill getting to have the legends of fishing included too. I grew watching all those guys with my grandpa.”

He continues to share that he was faced with a wave of emotions when he sat down to watch the clip for the very first time.

“I got pretty emotional honestly and just thought about how big of a kick my grandpa would’ve got out of this video,” the “Run Wild” singer revealed. “He was a huge Jimmy Houston, Bill Dance, and Orlando Wilson fan. Sure wish he was still here to experience it all with me.”

The avid rodman and rising artist hopes fans will be transported back in time to their “favorite fishing memories” and will feel inspired to get back on the lake to “catch some more.”

“Show Me Your Fish” follows Anderson’s songs “Nothin’ But Net” and “Get After It.” Yet, the Indiana native believes his recent release is his golden ticket to stardom and success within the honky tonk genre.

“Honestly ever since I won that Kenny Chesney contest, I’ve been busting my butt to get back to that level. Walking in and seeing the set sent a rush through me I haven’t felt in a long time,” he mentioned about filming day. “Seeing my band on that big set reminded me of just how close we are. And I truly believe this song can get us there,” Anderson concluded.

With the fire burning within him and his eye on the prize, the budding musician is expected to stop at iconic venues in the Midwest in 2022 and is currently “putting the lake tour together.”