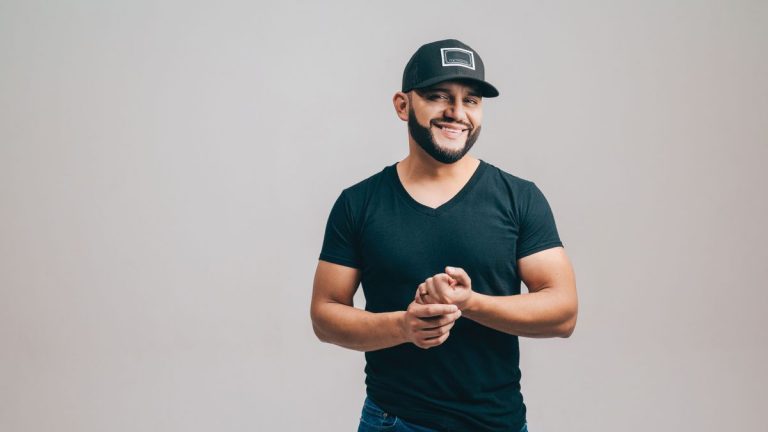 “This song is all about getting to know a new love interest and introducing them to your world, particularly that country way of life,” says rising country crooner Frank Ray about the Chris Hicky-directed video for “Country’d Look Good On You,” his latest single. He continues, “So for the video, we wanted to take the audience on that journey of a blossoming romance. The video brings it all to life by blending what could be considered a more highbrow environment (in this case, an art gallery) with that classic country imagery.”

“I was at a crossroads in my life and, fortunately, for the way things panned out, I picked the right road, so it was good,” said Ray in a June 2021 CMT interview. The former New Mexico resident now based in Nashville worked in law enforcement for a decade before pursuing his country music dreams in Music City. Ray attempted to juggle both gigs but ultimately quit his policing job in 2017 to pursue music full time.

Ray’s aim for success has been true so far, as November 6, 2021, will mark his debut at the Grand Ole Opry. Via his website, Ray says, “The Opry is a pillar of Country music. Every artist knows how monumental it is to play on such hallowed ground. Even saying that it’s a dream come true somehow feels like an understatement. I hope I can get up there and inspire other artists who share the same dream.”

“I hope that fans enjoy the video and that it leaves them with a smile,” Ray continues regarding his premiering video. “It’s always fun to interpret the song into a visual aspect. I’m curious to hear if it lines up with the image fans have in mind when they listen to the song!”