CMT Premiere: Gabby Barrett Teams With Husband for Timeless Love Story in “Pick Me Up” 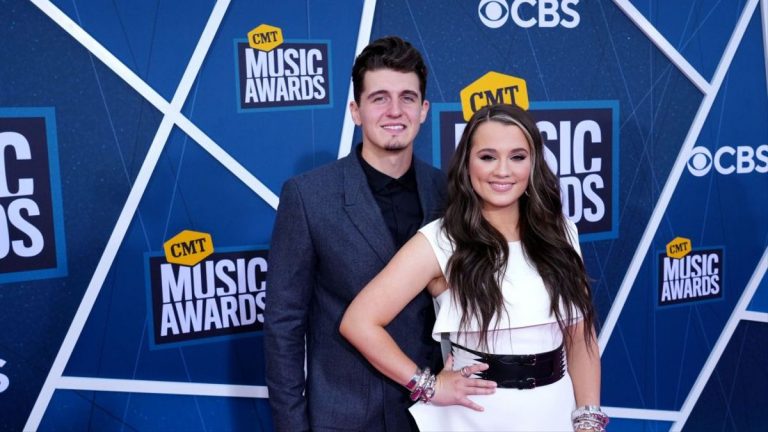 Gabby Barrett and her husband, Cade Foehner, teamed to showcase a lifelong love story in her new video for her current single, “Pick Me Up.”

In the video directed by Alexa Campbell, the couple plays a man and woman in love, and the clip follows them from their teenage years in school to the end of their lives. The video highlights the milestones in their life, like falling in love and starting a family.

“I wrote ‘Pick Me Up’ with Ross [Copperman] and Jon [Nite],” Barrett said. “I didn’t really have a song in my repertoire that was laid-back-country – a riding down the backroads while listening to George Strait-type of song. I had to pay homage to George Strait because I feel like I’m being adopted into the Texas family with my husband being from Texas.”

“Pick Me Up” is one of four new tracks on Barrett’s debut album, “GOLDMINE (DELUXE),” which was released last fall. And parts of the video, especially the scenes that depict falling in love and starting a family, aren’t that far from her daily life. Barrett and Foehner are parents to their 1-year-old daughter Baylah.

“My life looks like taking care of a one year old every day,” Barrett said at the CMT Music Awards. “That’s what I’m going back home to tonight. I’m trying to live in the moment but plan for the future. We’ve got a tour with Jason Aldean coming up and working on the second album, but we’re taking it day by day.”

Barrett, who was a finalist on the 16th season of “American Idol,” burst onto the country single with hits including “I Hope” and “One of the Good Ones.” She said her life has been much different since she was on “American Idol” and people started paying attention.

“When I first started singing, I got so many nos and so many closed doors,” she said. “For the last few years to be how they’ve been, it’s just been really special.”