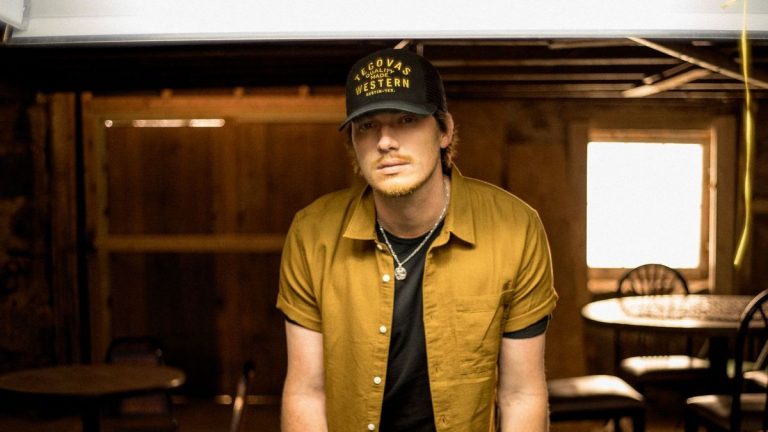 Country music fans first met George Birge through his viral hit “Beer Beer, Truck Truck,” and now he’s back with “Mind on You,” a steamy mid-tempo he wrote with Jaron Boyer, Michael Tyler and Colt Ford.

Birge said they originally wrote the song with Jason Aldean in mind. After “Mind On You” was finished, he knew he had to record it.

“It has a dark, sexy, mysterious vibe to it,” Birge explained. “And instrumentally, there are so many different sounds. From acoustic guitars and mandolin to bouzouki, it’s a sonic experience.”

The song’s new video is equally provocative, opening with a silhouette in a window of a woman getting dressed.

“I think everyone can relate to daydreaming about someone they are crazy about,” Birge said. “This video brings that almost obsessive passion to life and then pays off the chemistry and intensity when the date actually becomes reality.”

Dustin Haney directed the video, and Birge said it “really captures the feeling of the song.”

“One of my favorite memories from shooting was it started gently raining right as it got dark while we were getting the crane shots in the parking lot,” he said. “It wasn’t planned but added such a cool darkness.”

The Texas native was “blown away” the first time he saw the video and explained he has been a fan of Haney’s for a long time.

“Working with him on this was magic,” Birge said. “As an artist, the best gift you can get is a video that completely captures your song and brings it to life for the listener, and that’s exactly what he did. I hope fans will get caught up thinking about the person that makes them feel this way. Someone they can get lost in and what makes that person special to them.”