CMT Premiere: Jessie James Decker’s “Not In Love With You” Addresses The Vulnerability Heartbreak Brings 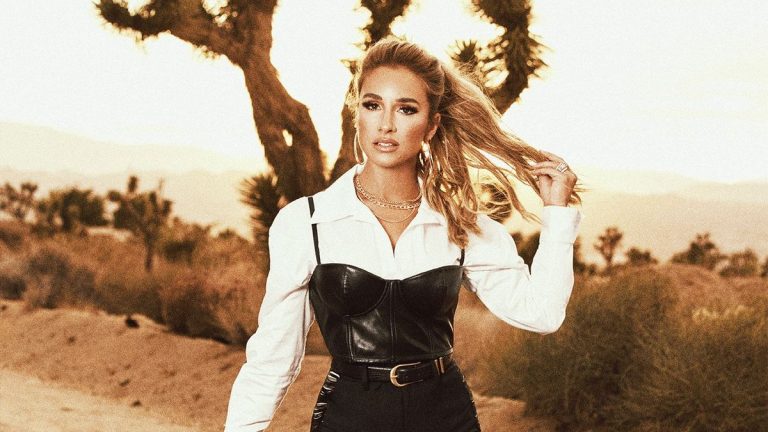 A stated desire to “[address] the vulnerability of being somewhere in the middle of being heartbroken while also not being in love with someone anymore” led Jessie James Decker to have directors Kevin + King dive into water themes for her latest, CMT-premiered video for new single “Not In Love With You.”

The artist appears floating and free while relaxing on a pool raft in the sun-kissed outdoor clip. She notes that she wanted a water element in the video to highlight the idea that the song is all about the importance of self-reflection. “I wanted the visual to be a big reflection of vulnerability and sharing those emotions,” the Nashville-based Decker adds.

Shooting the video in water proved shockingly — yet also humorously — difficult for the artist behind the “The Woman I’ve Become” EP out on October 22. “I sat in the pool shooting for three hours. My hands and feet got so numb! But I put on my best actress face and tried to give emotion even though I was actually freezing,” she exclaims.

The song carries a deep importance for Decker, as she says via Instagram, “I’ve always written and sang songs so accurate to my life, but this time around I wanted to sing songs for other people going through all the emotions. I decided as an artist it didn’t have to be about me at this very moment and I could sing songs for those who don’t have a voice.”

Regarding her thoughts about the video overall, Decker offers a joyous note: “The first time I saw the video I had an instant smile on my face. I just felt like it was so magical and real and raw.”

Share. Facebook Twitter Pinterest LinkedIn Tumblr Email
Previous ArticlePistol Annies Announce A Christmas Album, “Hell Of A Holiday,” Out On October 22
Next Article Randy Travis To Recieve “Artist Of A Lifetime” Honor At CMT’s “Artists Of The Year” Event