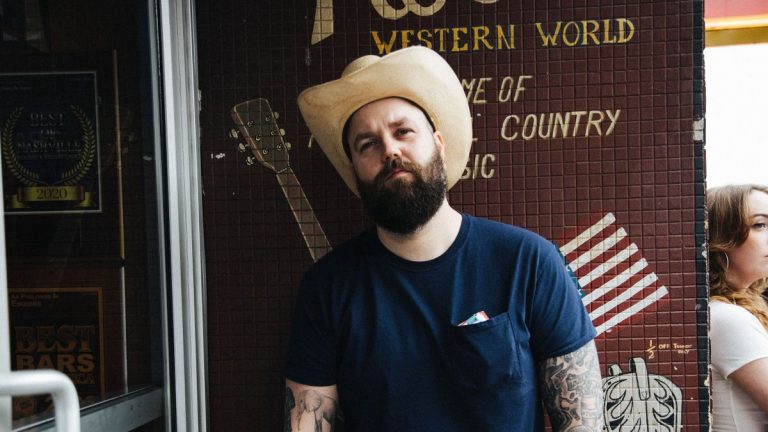 Joshua Hedley calls himself a “singing professor of country & western,” and he earns his title in his new song “Neon Blue.” An up-tempo, twangy tune about a broken heart, “Neon Blue” sounds like a mid-‘90s honky-tonk anthem.

“The last bastion of country music was the early 1990s, roughly 1989 and 1996,” Hedley said. “You could turn on the radio and immediately know you’re hearing a country song. You could still hear steel guitar and fiddle.”

The video brings the song to life.

“I have to give all due credit to the director Travis Nicholson on this,” Hedley said. “I had a rough idea pulling from the lyrics of the song, and he took it and ran with it and gave us an entire story in three short minutes. The man is a genius.”

Hedley said the entire idea behind “Neon Blue” is to “have a good time.”

“We’ve all been through so much these last couple years that I didn’t want to hang my typical brand of sad-sack country on everybody,” he said. “I want you to crank this record on the boat this summer and have a party.”

Hedley wrote the song with Joshua Hedley, Carson Chamberlain and Wyatt McCubbin and said the opportunity to make new music is “incredible.”

“It’s been such a long time since ‘Mr. Jukebox,’ and I’ve been through so much in life since that record that getting to write, record, and make a video has been both exciting and therapeutic for me,” he said. “I was amped to see it. Like I said, it’s been a long time, so getting to see a visual representation of all the hard work that went into creating this record got me pretty hyped up.”