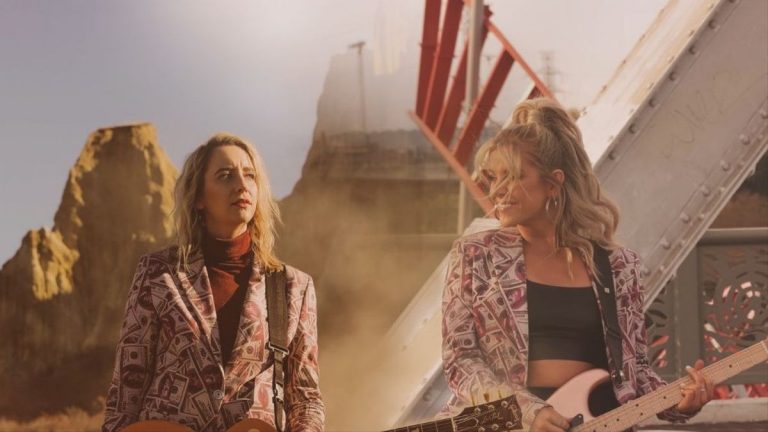 Bell wrote the song with Sam Sumser and Michael Lotten in Nashville about five years ago when the trio of writers were strangers. Bell remembers the writing appointment went well and that the song sat around in demo form for years until she and her producer Simon Oscroft were sifting through songs early in the pandemic.

“I just knew I wanted to make this into something,” Bell said. “I wanted to have a strong collaboration and a message of empowerment.”

Bell reached out to Ell for the duet, and the women figured out how to make it work.

“We came together from two sides of the globe for this collab, and I’m proud to have it out into the world today,” Bell said on social media last year when “Living Free” was released. “Stoked to have @lindsayell on the song not only singing, but also playing a badass guitar solo 🎸”

Song lyrics include: Time is money but money ain’t everything| ‘Cause the good time don’t cost anything| Life ain’t cheap for you and me| But we’re livin’ free

For the video, Bell and Ell enlisted directors Brock Barry and Jason Larraman. Bell said she filmed her scenes “at the stunning clay cliffs of Omarama” in New Zealand while Ell shot her scenes in Nashville.

Bell explained the video “showcases two sides of the globe together in an empowering message of living in the moment.”

She was “proud and inspired” after watching the clip for the first time and hopes viewers have “a feeling of empowerment and believe anything is possible” after watching it.