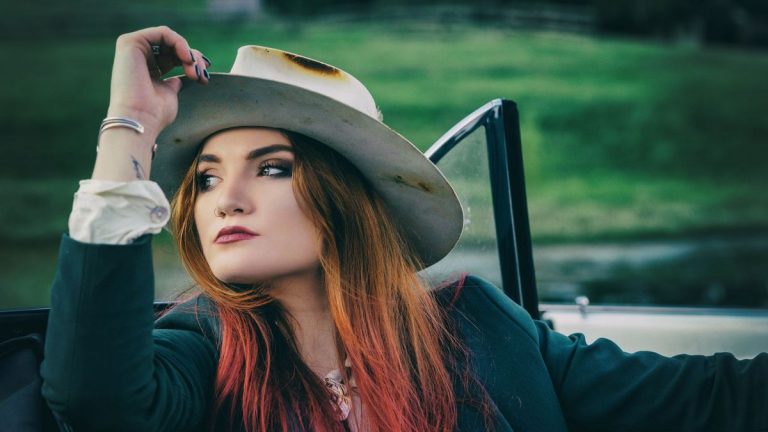 Layla Tucker said she knows “it’s ballsy to do Haggard,” but that didn’t stop her from covering Merle Haggard’s “Misery and Gin.”

“Mom would always tell me that covering Patsy, Tammy, and Merle is a whole new ballgame,” said Layla Tucker, daughter of country music icon Tanya Tucker. “Don’t do it if you can’t do it better, and we all know that’s not possible. Nobody could sing it better–nobody. With that being said, I’d like for the public to know that this is simply just me reminding Nashville and educating my generation on one of the greatest writers AND singers to ever live: Merle Haggard.”

“Misery and Gin” was written by John Robert Durrill and Snuff Garrett, and Haggard released the song more than four decades ago.

“Somewhere along the way, we’ve seemed to have lost sight of what makes great country music: the stories, the honesty, the raw emotion, the heart and soul that you just don’t see much today,” Tucker said.
Country music veteran Keith Thomas produced the recording, and the 22-year-old Tucker teamed with video director Casey Pearce to create the clip. The singer thinks it gives insight into what it’s like to lose “someone you probably didn’t deserve” and the “never-ending emotional loop.”

“Sometimes, if not most times, that guilt can be worse than being the one who gets hurt,” Tucker said. “I mean, the first four lines say it all: the memories that linger, the booze that you use to try and put that emotional fire out with…but it only fuels it. Our aim was to show what that healing process may look like. You know, going to the same bar every day, drinking the same drinks, with the same people, but TRYING to make yourself feel something with new looks. New clothes, new hair, really anything that may provide you with a little bit of inspiration — but nothing truly changes nothing that TRULY matters, anyways. I feel that the video really captures that side of it.”

The singer’s favorite memory from shooting the video is seeing so many people she loves in the same room.

“It was really something special seeing everyone coming together and showing their support of this ol’ dream of mine,” Tucker said. “Even some folks that I DIDN’T know showed up— and showed nothing but love and support. Forever grateful to all that made that day happen.”

Tucker initially couldn’t believe the video was hers.

“When I saw the video, my first thought was, ’Holy smokes, this is mine?? That’s me!?’” she said. “Personally, I don’t enjoy watching myself on camera. So whether it’s Casey making me look good, or if I’m not as awkward as I thought, I thoroughly enjoyed the final cut. Thanks, Casey!”