CMT Premiere: Lindsay Ell and Chayce Beckham Have Chemistry to Spare in “Can’t Do Without Me” 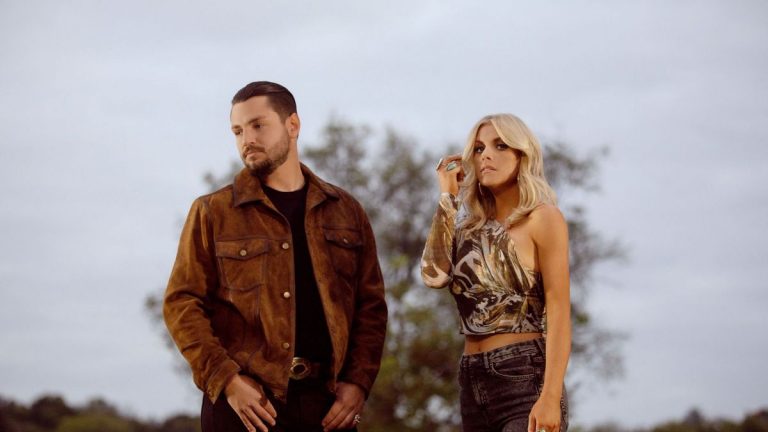 Chayce Beckham and Lindsay Ell teamed for their steamy new single “Can’t Do Without Me” and then brought the chemistry to life in the song’s video that debuted on CMT today.

“’Can’t Do Without Me’ is about everyday people, the people who complete them and how strong the urge is to be with them again,” Beckham said. “The video for it captures that feeling perfectly as two people race down the road, eager to get to the spot where they can finally be together and feel all the feels they’ve been thinking about all day.”

Written by Jordan Walker, Michael Carter, Trannie Anderson, “Can’t Do Without Me” is all about anticipation, Ell adds.

“That tension is definitely felt watching Chayce and I drive around, especially as we just barely keep missing each other on the road,” she continued. “After the car chase, the final chorus feels like the perfect payoff to finally see us in a performance scene together.”

In the video, which Matthew Paskert directed, Beckham jumps behind the wheel of a Ford F150 truck like his dad used to drive, and Ell takes over a 1964 Buick LeSabre convertible. The pair races side-by-side down the road in what Ell calls a “choreographed dance scene.”

“It was so exciting being able to race down the road and shoot around our stunt driver,” Ell said. “He would drive all around both of our cars, backward and forwards, with a camera mounted on top of his car.”

Beckham hopes that people watch the video for “Can’t Do Without Me” and find themselves in it – because he knows he’s been there, too.

“I worked that 9-5, I drive that old car, and I know exactly how it feels to want to be with your significant other so bad that you hit the gas a little harder than you did on the way to work,” he said. “I was just so excited to see that song go from the demo to where it is today. To watch it come to life, then hear it on the radio and now to see it as a music video (which is my first ever) is a really awesome thing.”

Ell wants “Can’t Do Without Me” and its accompanying video, to be a discovery moment for her fans to fall in love with Beckham and for his following to learn about her.

“There is always a little anxiousness whenever I watch a music video for the first time, but I remember feeling so happy after the first watch of the final video,” Ell said. “The cool colors, along with the beautiful Tennessee country landscape, was the perfect setting for Chayce and me to introduce this song that we’re so proud of.”