CMT PREMIERE: O.N.E The Duo’s “Guilty” Is A Tale Of Redemption And Revenge 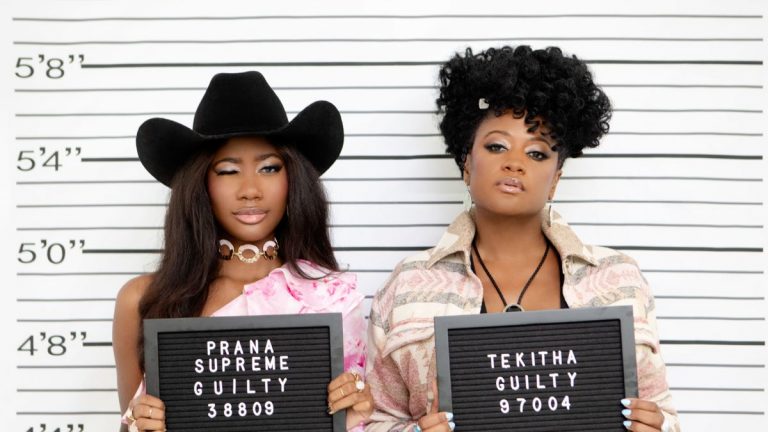 Nashville’s Tekitha and Prana Supreme Diggs’ roots are borne deep within the annals of hip-hop lore. Tekitha is the female voice of the Wu-Tang Clan, and her daughter Prana’s father is RZA, Wu-Tang’s founder, producer, and de-facto leader. However, “Guilty” — their collaborative single as O.N.E The Duo — is pure country goodness.

Regarding their Thelma and Louise-style video for the track directed by Taylor Kelly, the tandem tells CMT that they felt “overwhelmed and filled with excitement,” when viewing the final edit of the clip. “Guilty is our very first video together and the outcome was phenomenal. Seeing our dream come to life has been such a major highlight in our journey together,” they add. The tandem adds, “With this video, as with all the art we create, the message is love. We hope fans are able to see the unique bond of love we share and be inspired to create those bonds with their family and friends themselves.”

’What’s a girl supposed to do / when a man comes after you,” sings the duo. The mother/daughter harmony concept has roots in country music’s legacy for generations. From The Carter Family to The Judds, it’s one of country’s most beloved family traditions. Now, this concept expands deeper and broader than ever before, straight from the slums of Shaolin (aka Staten Island, NY) to Music City’s Broadway. “We believe our video brings the cinematic quality in the lyrics to the screen,” they note in final. “The story being told is one of presumed guilt, but in our opinion, given the circumstances depicted in the song, it was justified.”