CMT Premiere: Sarah Darling Hopes “Pretender” Gives Fans “A Glimpse of Who I Am” 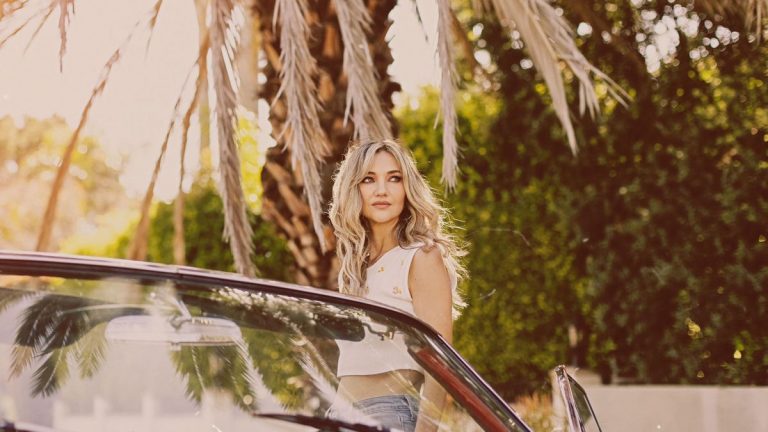 Sarah Darling said she spent a long time keeping her “messier side” hidden for the sake of vulnerability – but she’s finished playing that game.

Darling said her new song “Pretender” and its accompanying video – premiering on CMT today – is “coming from an open heart.”

“I’ve got stories to tell,” she said. “I hope my fans get to see a glimpse of who I am and how I’ve grown.”

“Pretender,” co-written by Darling, Emily Shackelton and Cameron Jaymes, is breezy, contemporary and tells the story of a lying love interest who keeps stringing her along.

“They give you just enough to keep you believing in the relationship, but really, for them, it’s more of a game,” she told Guitar Girl Magazine. “They hold the power, and they don’t care whose heart gets broken in the process. There’s a youthful idealism that slips away during this song’s recollection.”

She imagined a dusty desert vibe when she wrote “Pretender” and wanted to capture the idea of moving forward on the open road and leaving the bad memories behind. She hoped to capture that in the song’s video directed by Tara Diiorio.

“There’s also something about the Arizona sky that brings colors to life,” she said. “This video really brings it all to life for me — the adventure, the attitude, and moving forward. Plus, there’s some humor filtered in, and that’s just because I’ve lived to know.”

One of her favorite memories of making the video is shopping for props at Walmart with the director.

“We were specifically looking for an adorable stuffed animal and ended up finding a giant panda that ends up being the star of the show as you watch,” she said. “It’s a homage to one of my favorite music videos by the band ‘The Cardigans.’ NO pandas were harmed in the making of this video! That’s all I’m going to say.”

Darling believes the video looks exactly like the song sounds.

“That’s very important to me as an artist,” she said. “I like to bring people into my world. It makes me feel like my fans know me.”