CMT Premiere: The Band HANSON Proves That The Ultimate Daddy-Daughter Date Does Exist In The “Write You A Song” Music Video 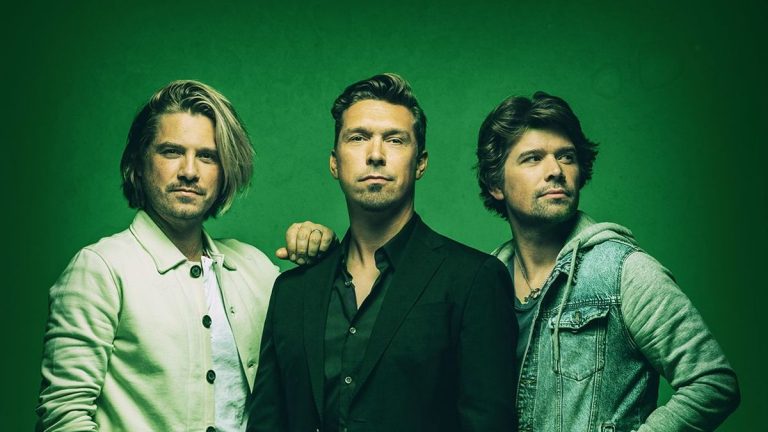 When singer-songwriter Isaac Hanson’s daughter asked him to write a song for her, he did not think twice.

The lead vocalist behind the band Hanson told CMT that the conversation between him and his 8-year-old child was emotional, but occurred at a convenient moment in time.

“She was having an existential crisis, like, ‘My dad is a songwriter and a musician, and he doesn’t have any songs that are just for me,’” said Hanson. “So, she said that to me, and it happened to be a few days before a good friend of ours who lives in Nashville [Paul McDonald] was coming through town and stayed with my family. He came in and said, ‘What if we wrote a song about writing a song for somebody? So, they will always have a piece of you with them everywhere they go.’”

With his number one girl on top of mind, Hanson joined forces with songsmiths Paul McDonald and David Garza to produce the heartwarming tune, “Write You A Song.” Hanson mentioned that the tribute track challenged him to think outside the box and take a different songwriting approach.

“I think this song is written for her to listen to throughout her life. Potentially, when I’m not around anymore,” Hanson said. “It is special in a unique way … I have songs that are inspired by my people and my kids, but not many for a gift or permanent memory,” he added while also pointing out that he hopes his daughter Odette hums the catchy melody or turns up the volume when she is feeling down or lonely.

The single serves as a sneak peek at their forthcoming record, “RED GREEN BLUE.” The band turned to The Edde Brothers to bring the genuine lyrics to life and to showcase the tight-knit bond Hanson shares with his little girl.

“In so many ways, this video is the story of the song. The song is about making memories and remembering them vividly through song. It is about making sure that you remember the preciousness of everyday interactions and how beautiful so many of them are,” the family-oriented band revealed.

The ensemble mentioned that numerous ideas were circulating behind the scenes. However, they believed a father-daughter date would flawlessly convey the narrative.

“The video had four different concept ideas that were trying to tell the story of the song by using actors, but the final video idea was to make the song personal and real,” Hanson said. “I decided the best thing to do was to put Odette in the video and just have fun together. The first cut was almost perfect, and I knew from the first few minutes of filming the video that it would turn out great!”

At the beginning of the short clip, fans will whiteness Isaac surprising his daughter for a fun-filled date with a massive bouquet of flowers. While exploring their home state of Oklahoma – the two grabbed a bite at their favorite diner, played a quick game at an old-fashion bowling alley, pleased their sweet tooth, went horseback riding, and even made a pitstop at a music shop to snag an empty green notebook to document each memory.

“That book is literally the book that I wrote all the lyrics to the song,” Hanson shared. “It was about the experience that the song was inspired by. It’s those daddy-daughter moments, it’s life moments, and we literally go on daughter dates relatively frequently. So, I thought, ‘how about we just go and have a lot of fun – even more fun than we have ever had and then just capture it.’”

The seasoned band would like their devoted community to recall their own childhood while watching the sentimental video.

“I hope that fans, both new and old, will see themselves in some way through this video. Hopeful, this video reminds people of themselves when they were kids as well as the joys of being a parent if they have kids of their own. This song is very much about the special bond of parent and child, and for me, my relationship with my daughter is one of the most important things in my life. I am shaping her, and she is changing me,” Hanson concluded.

“Write You A Song” follows their hopeful ballad, “Child at Heart,” from their upcoming 15-track record. Taylor, Isaac, and Zac Hanson will be hitting the road for their global 2022 RED GREEN BLUE tour. After 30 plus years in the industry, the brothers will be pulling from their diverse catalog to put on a showstopping performance. To stay up-to-date on Hanson news, fans can visit Hanson.net.