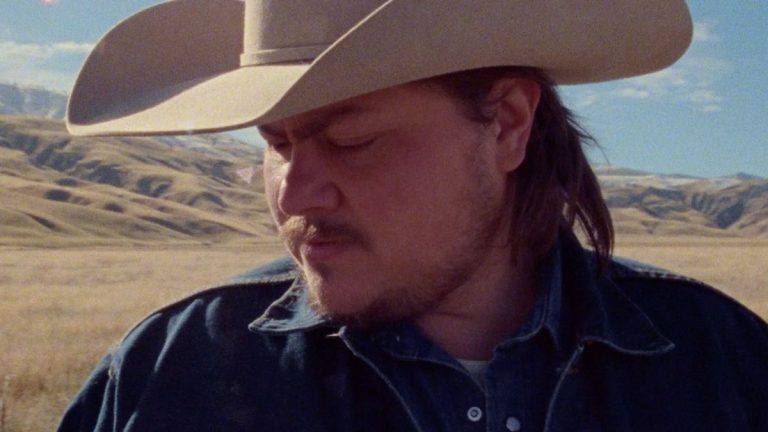 Vincent Neil Emerson may be a country music newcomer, but his impressive songwriting makes it seem like he’s a seasoned lyricist. On the heels of his vulnerable self-titled album, which includes raw ballads “Learnin’ To Drown” and “High on Getting’ By” – the Texas native released (March 18) traditional country melody, “Son Of A Bitch.”

Emerson’s pure vocals instantly capture the listener’s attention, as he delivers an emotional-driven narrative about a man fighting and navigating a dark time. To display the life obstacles the main character faces within the lyrics, Emerson turned to director Keenan O’Reilly and gave him the creative freedom to interpret his tear-jerking storyline.

“The video parallels the song in many ways,” Emerson told CMT. “They aren’t exactly the same, like a direct interpretation. Both the video and the song can stand on their own, but for the video, this is Keenan, the director’s interpretation of the song. I wanted him to have that freedom. He’s an artist, and he had a true vision. I kept thinking how cool he was about putting all this together, and I knew the video would be cool. Working with him was effortless. He really has a great eye,” he added.

O’Reilly produced not an ordinary music video, but a whole cinematic experience. Throughout the movie-like clip, Emerson plays a man who leaves his wife and finds himself in a toxic cycle full of drinking, cheating and getting into heated altercations. Towards the end of the video, Emerson snaps back into reality and regrets his decisions– leaving him to return home to his lover. With a travel bag in hand, Emerson finds an empty bedroom. The vacant house symbolized his consequences and lost love.

Emerson told CMT what it was like to step into that role and place his acting hat on.

“Shooting this video was my first time in the city of Los Angeles. We kept driving around a parking garage as one of the first scenes, and I thought this is LA. And at one point, my truck breaks down in a scene, and I have to take my truck to a mechanic, while I was waiting, I was pacing outside of the building, smoking, getting more and more ticked off— it felt real, not like I was acting, because I’ve been there so many times. It kept getting easier and easier to be in character that way. Made the video much more real for me,” he declared about the filming process.

The vocalist mentioned that he got choked up when he first sat down to watch the music video for the first time.

“It was super emotional for me. My guts turn a little bit, a gut-wrenching feeling. Seeing myself act out for parts of this song that’s obviously very difficult, but in a way that someone else see’s it—that was hard. Who is that guy? I thought,” he recalled the unforgettable moment while also pointing out his good looks. “When Keenan first sent me the video, I thought to myself, dang, who is that handsome fella?” he laughed.

The daring singer-songwriter who is not afraid to dig deep and wear his heart on his sleeve – hopes fans feel optimistic when they watch the music video. The 3-minute long clip also serves as a reminder to fans that there is always a light at the end of the tunnel, even when it seems far away.

“I’d like for fans to connect with the song when they watch this video. Life is tough for everyone. And everybody has it tough in different ways,” shared the rising star. “One of the aspects of my songs, in dealing with the tough parts of life, is that I want people to have hope, to understand that you deal with the difficulties and you keep going. It won’t work out how we want or imagine, but it will work out if we keep at it,” he concluded.

Vincent Neil Emerson is set to tug at heartstrings nationwide with the arena-ready melody, “Son Of A Bitch” this spring. The breakout star will be co-headlining with John R. Miller for a 16-stop trek. The two will be kicking off their must-see show on May 6 in Little Rock, AR, and will wrap up their time on the road in Nashville on May 26. Tickets to see the relatable performer live are currently available for purchase.