CMT REWIND: Leroy Van Dyke’s “Walk On By” Achieves 19 Weeks On Top Of The Country Charts 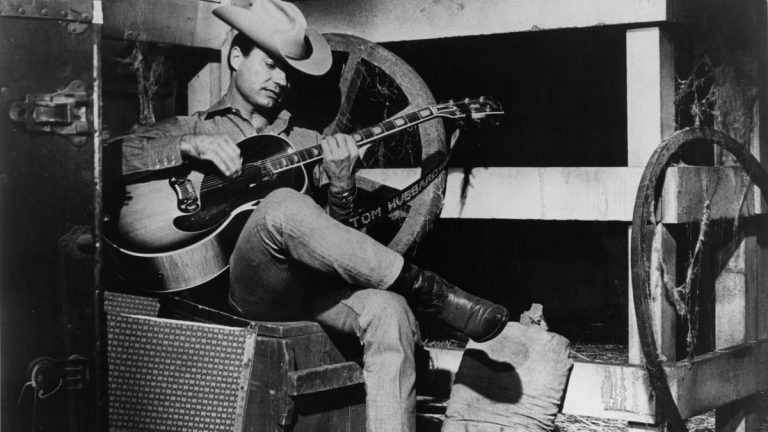 Imagine a song so popular that, as a No. 1 hit, it equals the number of combined weeks that Patsy Cline’s “I Fall To Pieces,” Faron Young’s “Hello Walls,” Jimmy Dean’s “Big Bad John,” and George Jones’ “Tender Years” topped the Billboard Country charts. In retrospect, that seems incredibly difficult. However, from 1961 into 1962, Leroy Van Dyke’s “Walk On By” achieved being the genre’s No. 1 hit for 19 total weeks. Overall, the song spent 37 weeks on the country charts, crossed over to the Billboard Hot 100 charts, and peaked in the Top 5. Thus, Billboard Magazine’s 1994-released 100th anniversary issue listed it as “the biggest country music record in history.”

For modern country fans wanting to contextualize the significance of this achievement, Florida Georgia Line’s “Cruise” broke this record achievement a half-century later in July 2013 when the single recorded its 20th week at number one. Insofar as thinking about whether another song could come along and eclipse that standard, yes, it’s true: Maren Morris’ 2019 single “The Bones” also spent 19 weeks at number one. However, the record for most weeks at number one in country music was eclipsed twice in 2017 and 2018, by Sam Hunt’s “Body Like A Back Road (a hit for 34 weeks), and then Bebe Rexha and Florida Georgia Line’s 2017 release “Meant to Be,” which spent an astounding 50 weeks on top.

However, 2021 is a far cry from 1961. In 1961, Van Dyke was a radio-to-TV era crossover country star famed for his work on Springfield, Missouri’s Ozark Jubilee, and the Country Crossroads radio show, the most widely syndicated radio show in country music history. Van Dyke’s work on both programs stemmed from “The Auctioneer,” his 1956-released hit he wrote while stationed in Korea during the Korean War, which he later entered in a Chicago talent contest that led to the song being released via Dot Records. Two-and-a-half million copies sold later, and Van Dyke was a star on the rise.

The five years that elapsed between hits saw Van Dyke stay busy and relevant as a star on the emerging medium of television. He signed with Mercury Records in 1960 after the Ozark Jubilee stopped being broadcast on ABC. Then, a well-written cheating song that tells the story of a two-timing man who frequently says goodbye to a past lover he continually keeps seeing (by Kendall Hayes and Gary Walker) produced by Shelby Singleton (famed for Jeannie C. Riley’s “Harper Valley PTA” seven years later) — that Van Dyke recalled in a 2020 interview “was a good record when we walked out of the studio that night” — changed his career, forever.

“Walk On By” took two months to hit the top of the charts because it was initially released as the B-side to another ballad, “My World Is Caving In.” However, Van Dyke thought the song significant enough to have charted at the top much sooner — especially given, as well, that he’d just had a very successful run as both a TV and radio star.

“It was a slow starter because Mercury Records’ promotion department didn’t think it was a hit,” Van Dyke notes in the previously mentioned interview. “They were pushing the wrong side, and finally we got them turned around and on the right side.”

The tune itself is a fascinating study of the era in which it topped the country charts. It combines elements of that era’s radio show and barnstorming country act-favored western swing, with the same type of backing vocals used by country-to-rock superstar-on-the-rise Elvis Presley. There’s enough of a funky beat for jitterbug-style bopping, with enough of the remnants of traditional country’s style to not offend traditionalist sensibilities.

Regarding the moment “Walk On By” reached No. 1, he adds, “I was playing a show at a casino up in South Dakota, and we were up there for two or three days. My phone rang about 7:00 in the morning. Of course you work late at a casino, and I thought, ’Who’s calling me at 7:00 in the morning?’ It was my wife calling, and I thought, ’Well, it must be important or else she wouldn’t be calling me,’” he jokes. Continuing, he remembers, “She said, ’Guess who has the No. 1 classic country record in the world?’ I said, ’I don’t know. I have no clue.’ She said, ’Walk On By.’”

“I wondered how in the world this could be. I’m in competition with people like Ray Price and Marty Robbins and Faron Young and all of those guys,” he says.

However, over the next half-century, over 150 artists, including Martina McBride, Conway Twitty, Hank Williams, Jr., and Asleep at the Wheel, have recorded “Walk On By.” As well, nearing a century in age, Van Dyke still tours as both a singer and, yes, as an auctioneer. Regarding his ability to achieve acclaim that allowed him to achieve success akin to country icons and remain a legend, Van Dyke notes the following in a 2015 Country Radio Seminar interview: “Instinctively, I knew country music was a difficult business to get in and stay in, but the songs have come to me, and I’ve sang them. [Because of that], I’ve had success that’s been great for me.”