CMT Rewind: Tammy Wynette Achieves Her Final No.1 Single With 1976’s “You And Me” 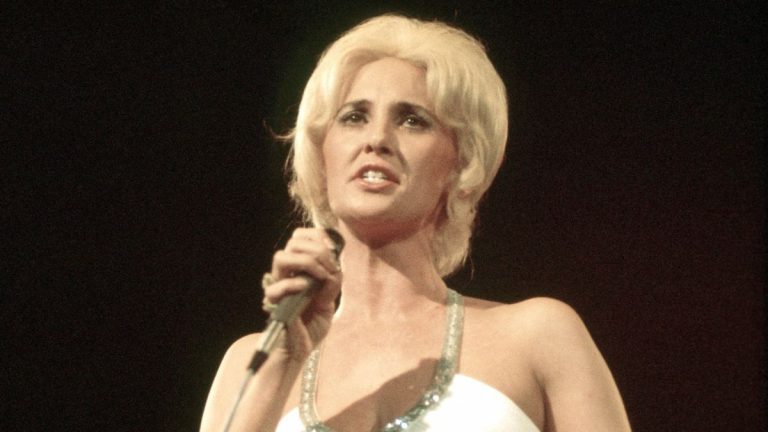 Typically, when considering the lineage of country music’s top No. 1 hitmakers, these are artists who achieved incredible chart-topping success over multiple decade-long careers. For instance, country’s No. 1 hit creator, George Strait, reached the top 44 times in three decades. However, comparatively, Tammy Wynette achieved 20 solo or duet No. 1 songs in a decade, between 1967-1976. On October 23, 1976, Wynette, via “You And Me” — the title song from her 16th studio album — achieved her 20th and final number-one hit, in yes, impressively, under 10 years.

The making of Wynette’s final hit single is an interesting confluence of times and fates, for sure. Producer Billy Sherrill reportedly checked out of the hospital during an overnight physical examination to help the song’s writer, George Richey, write “You And Me.” Moreover, as Richey finally admitted in 1987, the lyrics were inspired by his then-secret admiration for Wynette, who had recently divorced George Jones. Moreover, Sherrill and Richey initially failed at writing the songs by attempting to place lyrics to the melody of an instrumental Sherill had already written.

Between 1967-1976, Billy Sherrill was the lead producer of over 30 albums for Tammy Wynette and George Jones alone, somewhere in the range of nearly 350 songs. To maintain his high volume, he often employed the strategy of composing instrumentals. Then, when it came to writing lyrics for them with collaborators like George Richey, he would compose counter-melodies under the original melody, comprised of sequences of notes that augment the existing track. Thus, on a song like “You and Me,” though you think you’re hearing Wynette singing to the melody heard strongest, there’s an underlying harmonic theme to which she is likely actually phrasing her words. The idea that she’s singing to the harmony as the lead line is quite impressive and adds an even more incredible note to her performance.

The song debuted in July 1976, reached Billboard’s Hot Country Singles chart on August 21, 1976, and reached the top — for the first of two weeks — on Oct. 16. Also, notably, this marked the first time since her “Golden Ring” duet with George Jones in May 1976 that she reached the top of the chart. A continuation in her popularity though she was in the midst of a separation from her famous husband and singing partner, is also significant.

Moving forward from “You And Me,” Wynette would remarry — to George Richey — in 1977. She also continued to have Top 10 country singles for the next decade, plus surprisingly be featured as a vocalist on British electronica act The KLF’s 1991 hit “Justified & Ancient.” Ultimately, as a legacy, alongside Loretta Lynn, Dolly Parton, Barbara Mandrell, Dottie West, and Lynn Anderson, she evolved the role of female country vocalists into dependable Top 10 pop-country stars of note.