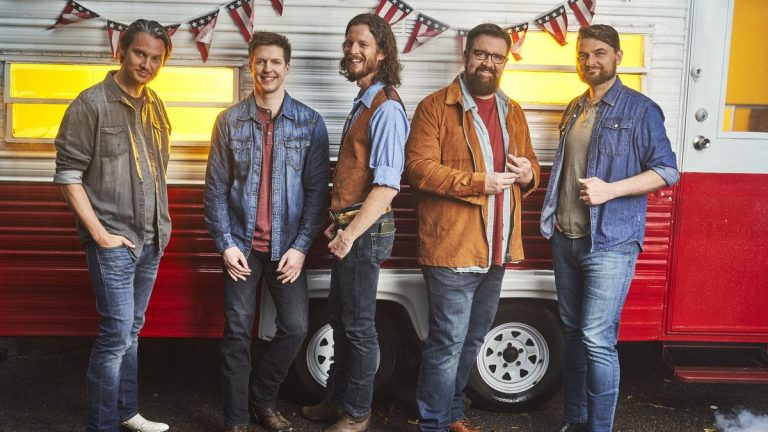 Vocal quintet Home Free’s cover of The Chicks’ 2002 hit single “Travelin’ Soldier” is a “simple,” “thoughtful” and gracious reflection on what the group offers to CMT are “those we know, or will never get to know, that have served our country.” Continuing, they add, “this fueled a passion behind our vocals and allowed us to appreciate the moment. We were grateful to be a part of something larger than us. We felt honored to represent those who have served and sacrificed for our Nation’s freedom.”

The heartfelt, relatable story of a young woman preparing to go off to war who, when he realizes that he’s without a mate, meets a young man while eating at a diner and decides she’ll be sending her love back to him. “Those who have fought, or are currently fighting for our country, should be remembered and respected,” said the Mankato, Minnesota-borne group of singers who won the fourth season of NBC’s “The Sing-Off” program in 2013. “We hope those who listen take a moment out of respect to recognizing all of the sacrifices that those individuals and their families have made.”

To Entertainment Focus, Home Free’s Austin Brown noted about their “Travelin’ Soldier” cover, “When The Chicks sang it, it was about a female waitress at the beginning and a male soldier going off to war in Vietnam. We thought why don’t we switch those gender roles because there are so many more female soldiers these days, and set the stage in the Middle East, which is of course much more contemporarily relevant. We all know people who have lived and served over there. It just seemed like a poignant take on a song that has been important to a lot of people for a long time.”