Cody Johnson Grabs First No. 1 with Anthemic “‘Til You Can’t” 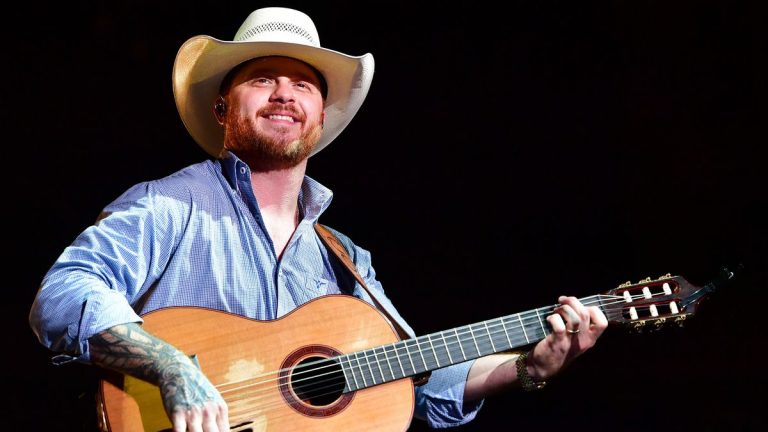 Cody Johnson lassoed his first No. 1 song on country radio.

Johnson’s anthemic “’Til You Can’t,” which is about making the most of every opportunity, is No. 1 on the Billboard Country Airplay and Mediabase charts. Written by Matt Rogers and Ben Stennis, “’Til You Can’t” has amassed more than 200 million global streams since its June release.

In another first for the Texan, Johnson will make his debut appearance on “The Tonight Show Starring Jimmy Fallon” April 8 to perform the single. Johnson is also nominated for three CMT Music Awards on the show, which will air April 11 on CBS. Two of the three nods are for the music video for “’Til You Can’t.”

“’Til You Can’t” is the lead single from Johnson’s “Human The Double Album,” and it’s one of the few songs on the album he didn’t write. When he heard the lyrics, he couldn’t not record it.

“It would have been hard not to choose that song because of the message,” Johnson said. “My thought was if this is a hit, what a great message to have your name attached to.”

The song’s original version was too sad and slow for the singer’s taste, so when he went to record, he and his producer Trent Willmon switched things up to make it a fist-pumping sing-along favorite.

“We were like, ’This needs to be a message,’” Johnson said. “If you’ve got a chance, take the chance. Go out and chase your dreams until you can’t. Every one of us, you try not to think about it every day, but we all have an expiration date. From now until that expiration date, it’s about chase your dreams, take your chance, tell people you love that you love them. It turned into this happy, anthemic experience.”

Johnson knew quickly the song was a hit with fans because of their reaction to hearing it during concerts. Until now, his reception at country radio had been tepid. “’Til You Can’t” proves Johnson can do it.

“’Til You Can’t’ is the most reactive song I’ve ever seen,” he said. “People are screaming every word at the top of their lungs. It feels way different, right down to the meat and bones of playing it live.”