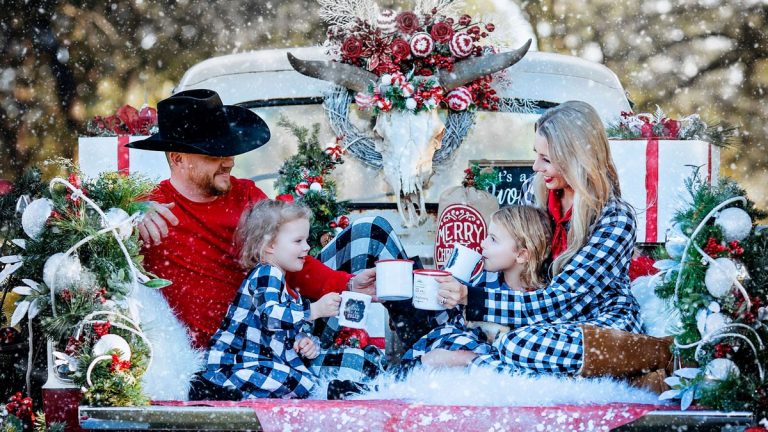 Cody Johnson released his “A Cody Johnson Christmas” last week – just in time to be a turkey-stuffing soundtrack for Thanksgiving.

The album is in Johnson’s traditional country style and includes Willie Nelson’s “Pretty Paper,” Merle Haggard’s “If We Make it Through December,” originals “Christmas All Year Long” and “Hat Made of Mistletoe” and classics “Away in a Manger,” “Silent Night” featuring his wife and daughters and “Feliz Navidad” with Kevin Fowler and Roger Creager.

When his producer Trent Willmon tabled the idea for “Feliz Navidad,” Johnson said he was hesitant because he doesn’t speak Spanish well. But Willmon reminded him that he wanted an eclectic album, so he attempted it.

“It was a pretty fun experience,” Johnson said. “I was afraid I was going to sound like a doofus.”

On a more tender note, Johnson said Haggard’s “If We Make It Through December” is the song with which he closely relates. Eleven years ago, he and his wife got a family member a Christmas card. Johnson pulled out a $20 bill and slid it in the envelope – not realizing the couple was overdrawn on their bank account, rent was due, and that was the only money they had.

“We were very young, very fresh in our marriage and that hit me hard,” he said. “’If We Make It Through December’ came on the radio on the way home, and I was biting my cheek trying not to cry.”

When they got home, he wiped his tears as he walked to the mailbox. He opened the lid and found his first two songwriters checks from ASCAP. They were about $2,500 each.

“I walked back in the house, hit my knees and showed her the checks,” he said. “We sat there and cried and ate leftovers from my parents’ house. I’ll never forget that song for that reason.”

The money didn’t come in time to bolster Christmas shopping as the banks were already closed, but the couple could relax knowing they could pay their bills.

“A Cody Johnson Christmas” comes on the heels of his double album “Human” and his feature-length documentary “Dear Rodeo: The Cody Johnson Story” he released this fall. He and Willmon started the Christmas album almost as soon as Johnson finished recording “Human.” His voice still felt healthy, and he wanted to take advantage of it.

Johnson was hands-on during song selection for “A Cody Johnson Christmas,” but he uncharacteristically left tracking the band to Willmon – a call that shocked his producer.

Johnson went to play a few shows, and when he got home, he tackled the festive vocals.