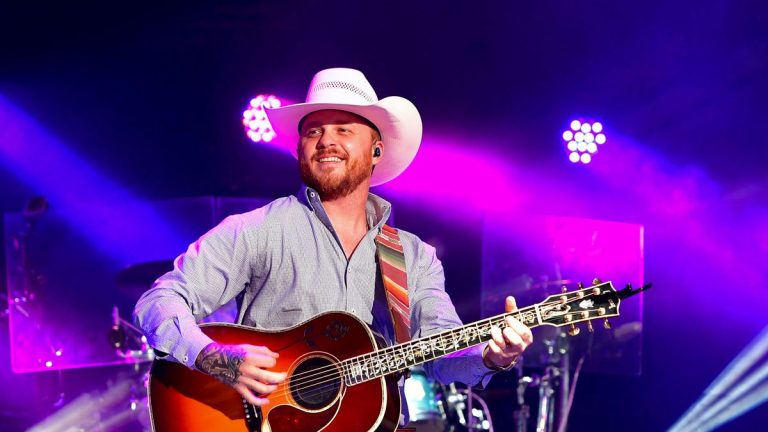 The old-fashion motto, “the show must go on” is one that Cody Johnson and his team understands all too well. The country hitmaker recently refused to call off his set at Appalachia Arena in Pikeville, Kentucky, after a transformer blew.

Just moments before Johnson would take center stage, the explosion just outside of the venue knocked out the power – leaving concert-goers partying in darkness. Yet, the musician was hopeful and knew that his dream team had the ability to figure out a strategic plan.

With the arena emergency lights beaming down on the stage, the sold-out crowd eagerly watched tech engineers work their magic. One of Johnson’s bandmates revealed in a storytime-like TikTok video that it wasn’t long until the crew quickly came to a simple solution.

“Thanks to the hard work and quick thinking of the entire crew, they were able to wire a microphone and speakers using extension cords powered by our bus generator to the stage. So, Cody could make an announcement, ” shared the pedal steel player in the short clip that raked in over 41K views.

With the make-shift equipment, Johnson grabbed the audience’s attention and expressed his appreciation for their endless support.

The amphitheater was lit up by the electric crowd and their bright cell phone flashlights in a blink of an eye. While sitting on a stool with an acoustic guitar wrapped around his neck, the singer told his rowdy community that he would have jumped through hoops to perform for them.

While his hardworking team was going the extra mile – Johnson mentioned that he thought to himself, “I don’t care what I have to do tonight, I’m playing this show ….”

@codyjohnson still put on a hell of a show after losing power. When it came back on he still played acoustic because that’s what everyone wanted! pic.twitter.com/eGXspPeoaf

Following the memorable night, fans took to social media to share their experience and to praise the artist for his dedication.

“I have been a Cody fan for years, but tonight blew me away. I do not have words for his performance. He is truly one of the best…,” shared a Facebook user. “@codyjohnson still puts on a hell of a show after losing power. When it came back on, they still played acoustic because that’s what everyone wanted,” another one mentioned on Twitter.

The singer-songwriter is currently out on the road and is set to bring his hits to different cities across the United States until August. The platinum artist recently joined forces with Ian Munsick on “Long Live Cowboy.” The traditional country ballad is currently available on all streaming platforms.