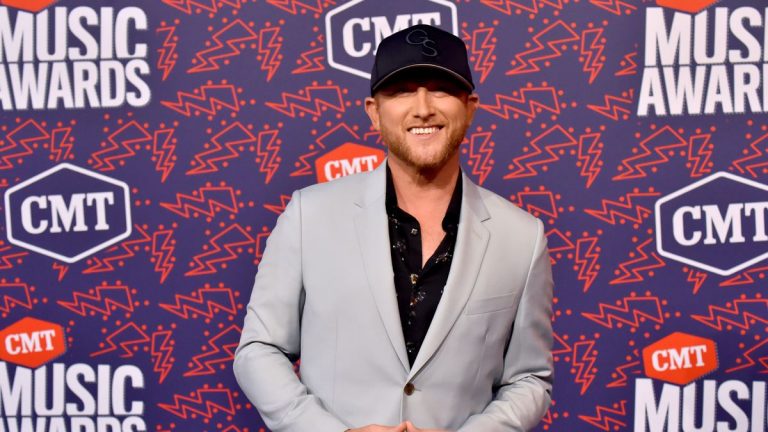 Cole Swindell and Lainey Wilson are double nominees at the 2022 CMT Music Awards on Monday with the video for their chart-busting duet “Never Say Never.”

When they perform the song on the show, which airs live from Nashville 8 p.m. (ET) Monday on CBS, it will be the duet’s primetime debut.
“Never Say Never,” the follow-up to Swindell’s 10th No. 1 song “Single Saturday Night,” is from his new album “Stereotype” that was released today (April 8).

He believes it’s one of the most pivotal singles of his career. Swindell knew it was special when he wrote it with Jessi Alexander and Chase McGill – so special in fact that he shelved “Never Say Never” for years until the right voice came along to sing it with him.

“It just got frustrating, honestly,” Swindell said. “I didn’t know if it’d ever go out. We were just talking about Lainey. I’d already been a fan of hers, but I was, ’Oh my gosh, how? Why haven’t we done this? Is this possible, please?’”

Swindell was nervous when he sent her the song, and he said it was “the longest three-and-a-half minutes of my life” as he waited for her to respond. Because Wilson writes her own songs, he wasn’t sure she’d be willing to sing on one that she didn’t write.

“When she wrote back that she was in and she thought it was a big song, it was just the biggest sigh of relief I’ve had since playing somebody the first song I ever wrote,” he said.

A Top 5 country radio hit and climbing, “Never Say Never” is a passionate, call-and-answer power ballad that weaves the familiar tale of lovers who should stay away from each other – but can’t. Swindell believes that everyone has been there at some point, which is part of the song’s appeal.

“When you write and release songs, you obviously love them, or you wouldn’t release them,” Swindell said. “But there are several that kind of stand out, and you realize that was the next step in my career. That’s the way I honestly feel about the duet with Lainey. I think that’s gonna be one of those kinds of songs that whatever that next level is for me, I think that’s gonna help get me there.”

Swindell, who released his self-titled debut album about eight years ago, has had a handful of those career-altering songs. “Chillin’ It,” his first single to country radio, was his first No. 1 hit and set him up to eventually be the Academy of Country Music’s New Artist of the Year.

“I might not be here without it,” Swindell said of the laidback bop. He said he chose the song for his debut single because he wanted a track that people could listen to and enjoy whether they knew who he was or not.

“People really didn’t care who I was yet,” he continued. “I just wanted something fun that made people roll the windows down and listen.”
His chart-topper “Ain’t Worth the Whiskey” is another song, Swindell said, that helped elevate his career. Swindell had written it years ago, and other artists had put it on hold to record. He remembers praying they would. But when they didn’t and he got to cut it, them passing on it turned out to be a huge blessing.

“Thank God they didn’t because I needed it,” Swindell said. “Having a song like that has done so much for my live show. Who hasn’t gone through a breakup, and even if it’s not about that, everybody’s got somebody that they think ain’t worth the whiskey. It’s kind of a fun song about denial.”

But nothing has had a more significant impact on Swindell’s career to date than “You Should Be Here,” the multi-week No. 1 song he and Ashley Gorley wrote about wishing his dad was still alive to enjoy his success with him.

“I knew it was personal to me, but we wanted to write it to where it would be universal,” he said. “We’ve all had people that we lost. We were hoping that it would help somebody else out there. The day it hit country radio is the day I knew because of a message I got in one of my inboxes on social media. It just broke my heart, and I realized this isn’t the last story I’m gonna hear like this.”

The hits worked together to build Swindell’s career and put him in the position to be a performer, and double nominee, on the 2022 CMT Music Awards. It isn’t hard for Swindell to remember the days when people were coming to bars to watch him sing cover songs. Now they fill huge spaces to hear him sing songs about his life.

“That’s the real dream,” Swindell said. “There’s a lot of people out there that would trade shoes with me any day of the week. And if that doesn’t keep you motivated, knowing the kind of talent around this town, I don’t know what will. If all you get out of it is people loving your music, I mean, that’s why I moved to Nashville.”