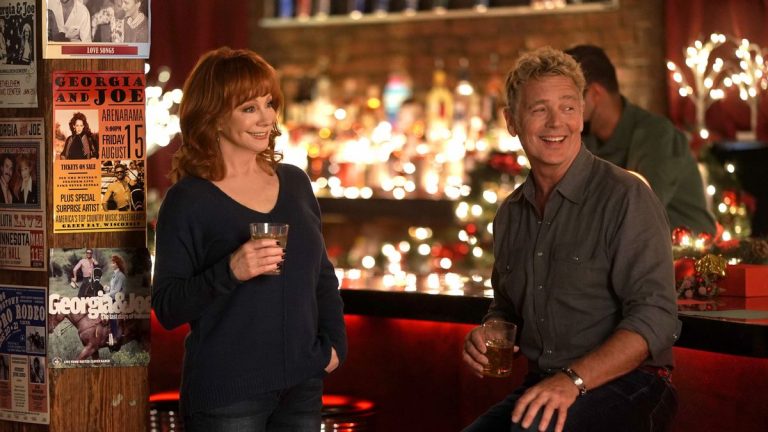 Country music and Christmas goes together like milk and cookies. Some of the genre’s biggest stars stepped up this year and joined a slew of heartwarming holiday movies. Not to be discounted, there are decades of country music Christmas movies to dust off over the holiday season, too. Here’s a wrap-up of country Christmas flicks to come as well few favorites from over the years.

“Christmas in Tune” with Reba McEntire and John Schneider

McEntire and Schneider, most known for playing Bo Duke in hit television series “The Dukes of Hazzard,” co-star in the new Lifetime Christmas movie “Christmas In Tune” that debuts 8 p.m. /7 p.m. central Friday on Lifetime.

In the movie, McEntire’s character Georgia and Schneider’s Joe are an estranged couple and singing duo who reunite to play their daughter Belle’s (played by Candice King) Christmas charity concert. True to the Christmas spirit, the characters get back together – on and off the stage – by the end of the feel-good holiday flick.

Watch the trailer for “Christmas in Tune” here.

McCreery’s sentimental chart-topper “Five More Minutes” is the inspiration for Hallmark Movies & Mysteries television movie “Five More Minutes” that will have multiple encore showings on the network as part of their Miracles of Christmas celebration.

“Five More Minutes” was written by Nikki Deloach and Megan McNulty and stars Deloach and David Haydn-Jones. In the film, a woman’s Christmas wish is answered when her late grandfather’s journal turns up and reveals a secret romance.

“They own the Christmas season,” McCreery says of Hallmark. “We’ve been in talks with them for a while. They heard the song and loved the song, and wanted to find a way to incorporate it into a movie. It’s a cool way; they’re taking the grandfather theme, which is how ‘Five More Minutes’ got started.”

“The Holiday Fix-Up” with Jana Kramer

Kramer plays Sam, an interior designer, who returns home during the holidays to help renovate the Bell Harbor Inn. She gets paired with Coop, played by Ryan McPartlin, as her contractor. But the couple have a history. Coop previously broke her heart, and he never got over her.

Sugarland’s Kristian Bush co-wrote and joined Kramer for a song “Second Chances” on the soundtrack.

The Salvation Army angel tree inspired Wayne to write his song “Paper Angels.” The song inspired a book and a movie, that stars Matthew Settle and Josie Bissett. In the movie, an abused wife takes her children and leaves her alcoholic husband and moves to another town. While there, they meet another family dealing with their own struggles.

“I read the script, and I knew about the paper angels drive with the Salvation Army,” Settle told The Tennessean. “My father being a minister, it’s similar to what we did growing up. That’s touching. I think giving never gets old.”

Watch the movie for free here.

With her “Coat of Many Colors” holiday television series, Dolly Parton is the country music queen of Christmas. In the 1980s, she starred in “A Smoky Mountain Christmas” alongside Lee Majors. But her most recent Christmas venture is for Netflix. “Dolly Parton’s Christmas on the Square” stars Parton as an angel who attempts to thaw a scrooge of a woman (Christine Jane Baranski) and restore holiday cheer to a small town.

The movie is now available on Netflix.