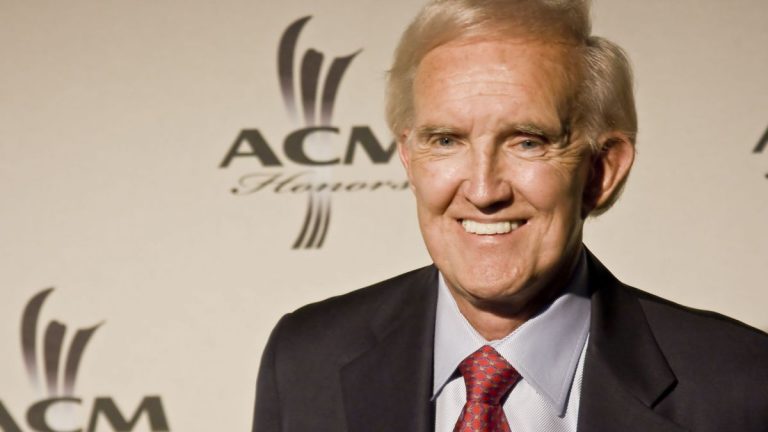 Walter Ralph Emery, a member of the Country Music Hall of Fame, National Radio Hall of Fame and a New York Times best-selling author, passed away Saturday while surrounded by his family at Tristar Centennial Medical Center in Nashville.

A statement from Emery’s family said he “passed away peacefully” and had a “deep love for his family, his friends and his fans.”

“Ralph Emery’s impact in expanding country music’s audience is incalculable,” said Kyle Young, CEO, Country Music Hall of Fame and Museum. “On radio and on television, he allowed fans to get to know the people behind the songs. Ralph was more a grand conversationalist than a calculated interviewer, and it was his conversations that revealed the humor and humanity of Tom T. Hall, Barbara Mandrell, Tex Ritter, Marty Robbins and many more. Above all, he believed in music and in the people who make it.”

Emery was born March 10, 1933, in McEwen, Tennessee. While his family was troubled, Emery found a measure of peace at his grandparents’ farm and later in a radio booth at various local radio stations.

Emery’s breakthrough career moment came in November of 1957 when he landed a job as the late-night host on Nashville’s WSM radio station. His informal conversation style and familial open door policy won the trust of country music’s elite.

He was an announcer on the Grand Ole Opry from 1961-1964, and he earned his first television show – the early-morning “Opry Almanac” in 1963 – on WSM-TV. He shifted to afternoons from 1966-1969 with “Sixteenth Avenue” and started his highly popular early morning “The Ralph Emery Show” in 1972. The show ran for 19 years. In addition, Emery hosted the nationally syndicated weekly TV series “Pop Goes the Country” from 1974 to 1980 and the Nashville Network’s primetime country music talk show “Nashville Now” from 1983 to 1993.

Emery became among the most respected broadcast personalities in country music history throughout his career, earning the nickname “The Dean of Country Music Broadcasters.”

“I’ve always tried to bring respect to country music,” Emery said in his Country Music Hall of Fame biography. “I’ll be very content if people can look on me and say, ’He brought dignity to his craft,’ or ’He brought class to the business.’”

According to a statement from his family, the broadcasting legend “passed away peacefully” at Tristar Centennial Medical Center in Nashville, surrounded by his loved ones.

By Saturday night, the country music community Emery loved so dearly rallied to share their memories and condolences on his passing.

“He was an amazing conversationalist, brilliant broadcaster and one of the genre’s truly great ambassadors,” said CMT’s Cody Alan. “RIP, Ralph.”

“If Ralph liked you, chances are you were gonna make it in Nashville,” Milsap said. “I loved him on WSM and every TV show he ever had on the air.”

“No one ever in our history promoted our music and country music artists as faithfully and generously for as long as Ralph,” Raye said. “He made a huge difference in my career throughout the ’90s, as well as every single artist who came on the scene. He truly crossed over country music into television, and we all benefited greatly … And even more importantly, he was a very nice, kind man. There will never be another. I’m quite confident he is with the greats from the past as we speak. He’s laughing and telling road stories.”

Shenandoah’s Mike McGuire said Emery “was always kind” to the group and was a “big supporter” of their career.
“He was that way with a lot of new country music acts,” McGuire said. “We are sad to see him go.”

John Anderson called Emery “one of the best friends country music ever had,” and LeRoy Van Dyke said he was an “encyclopedia of country music and an authentic voice for country music.” Marshall Tucker Band’s Doug Gray said Emery always wanted the group to sing “This Ole Cowboy.”

“The lyrics say, ’This won’t be the first time this ole cowboy spent the night alone,’” Gray quotes. “Now Ralph will never be alone, today and for eternity.”

Lorrie Morgan was especially close to Emery and said he was “like a father to me.”

“When my dad died, he took me under his wing,” Morgan said. “He was hard on me when he needed to be and very praising when he thought I deserved it. He was a great friend and a real lover of artistry in any genre of music.”

Emery is survived by his wife, Joy Emery, three sons, five grandchildren and seven great-grandchildren. His cause of death wasn’t revealed. Funeral arrangements are pending.