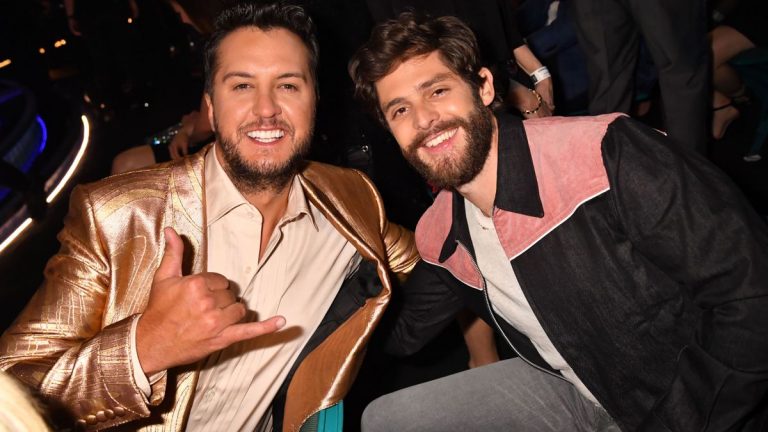 There were a few Dolly Partons, the “Top Gun” crew, some scary clowns, a whole lot of farm animals and even more “Star Wars” characters. It’s safe to say that no one does Halloween like country music. How many other days of the year can Thomas Rhett come to your door for a Tootsie pop and go unnoticed?

Here are CMT’s Top 10 favorite Halloween costumes. Who is your No. 1?

2. This could be a “Who wore it better?” Brittany Aldean dressed as Dolly Parton, too. Jason Aldean played her Kenny Rogers.

3. Miranda Lambert landed her very own fighter pilot. She and her husband Brendan dressed as Maverick and Charlie from “Top Gun.”

4. Luke Bryan and his wife Caroline waddled through the holiday as Tweedle Dee and Tweedle Dum.

5. Taylor Swift went nuts this Halloween and dressed as a sexy squirrel.

6. Thomas Rhett was far from solo on his trick-or-treating expedition this year. He also had Chewbacca, Princess Leia, R2D2 and C3PO in tow.

7. Jon Pardi and his wife Summer were a hunka hunka burnin’ love this Halloween.

8. Carrie Underwood’s whole family went all out his holiday – but even she admits she’s not sure what everyone is supposed to be.

9. Kelsea Ballerini slapped on a goatee and took a fiery trip to Flavortown.

10. Little Big Town’s Kimberly Schlapman corralled her kids and her powers this Halloween for a family of superheroes as special as she is.