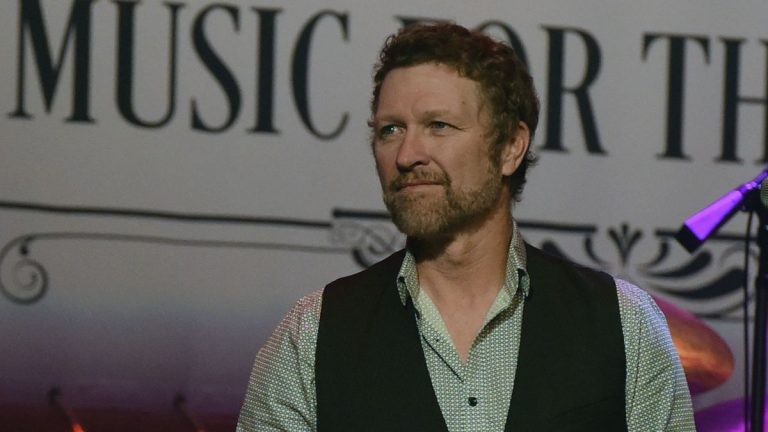 Long before Craig Morgan became a country music star, he was a soldier in the United States military. He witnessed the good, the bad and the ugly while keeping the country safe. But, it was his relationship with God and his family that encouraged the singer-songwriter to write his experience.

The hitmaker recently walked People through his inspiration behind the memoir, “God, Family, Country: Soldier, Singer, Husband, Dad – There’s a Whole Lot More To Me.”

In 2016, Morgan and his wife were faced with the unimaginable, when their 19-year-old son was tragically killed in a sudden boating accident. The way Morgan coped with the loss caught the attention of loved ones, and they began to admire his strength and resilience.

They nudged the “Almost Home” singer to share his life story. Following several requests, Morgan told People that he believed the man upstairs was frequently pushing him to pursue the venture.

“We would start talking about certain things that have happened in my life, and especially after the loss of our son, after Jerry died, I’d meet people, and they’d say, ’I don’t understand how you have the attitude you have, after having lost your son,’” Morgan told the outlet. “I realized that I had such a love for God that I was able to do something with that. And I realized that, with so many people telling me, maybe God was trying to tell me something,” he added.

So, the veteran did precisely that.

Morgan turned to the well-respected writer behind “American Sniper,” to write the vulnerable and raw page-turner.

According to People, the artist touches upon his son’s death, becoming a father, relationship with the Lord, rise to fame in the country music genre, and the outrageous adventures he had faced overseas. For instance, the chart-topping musician dished on his experience working alongside the CIA in Panama and combatting sex traffickers in Thailand.

He continued to mention that he included portions of his military background for some comic relief.

“I think when people read some of this stuff, they’ll laugh about the fact that this country singer was in Panama with a CIA team,” he jokingly said to the publication. “There are things that I took from the military and that part of my life — it was a fun part of my life. Even some of the bad things that happened, some of the more difficult environments that I was in, all of these helped to make me the person that I am today.”

While explaining the inspiration behind each chapter, Morgan said that his main “objective is to inspire people.”

“I want to motivate people to want to be better. It’s up to us individually to make those decisions,” he said. “I just hope that when people see this, that they see that I’m not just some celebrity… I really want to make a difference in life and in the world, and in people’s lives. That’s what the book, for me, is for,” he concluded.

Blackstone Publishing will release the soul-touching memoir on September 27, 2022. Bookworms could preorder the must-read here. Until fans have his life story in the palm of their hands, they can tune into “Beyond The Edge” on March 16 on CBS to watch the singer live in the great outdoors.