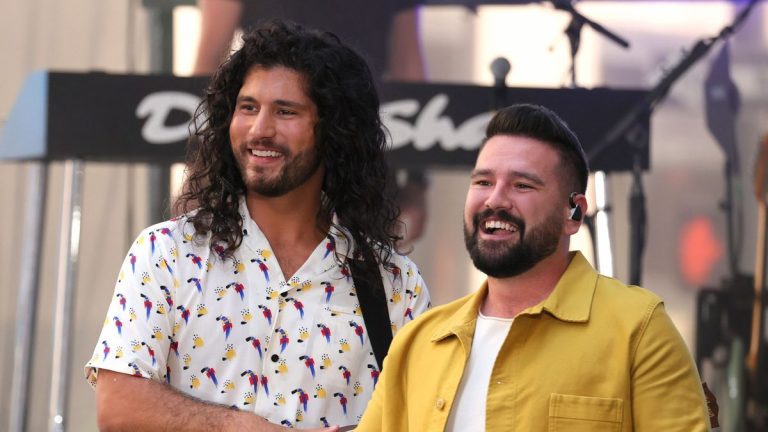 Dan + Shay and Justin Bieber are named in a lawsuit filed Thursday over copyright infringement of their chart-topping hit “10,000 Hours.”
People reported that International Manufacturing Concepts, Melomega music and Sound Gems sued Bieber, Dan + Shay, and others due to similarities in “10,000 Hours” to the 1973 song “The First Time Baby Is A Holiday,” written by Palmer Rakes and Frank Fioravanti.

The suit alleges there are “unmistakable similarities.”

Reps for Bieber and Dan + Shay did not immediately respond to People’s request for comment.