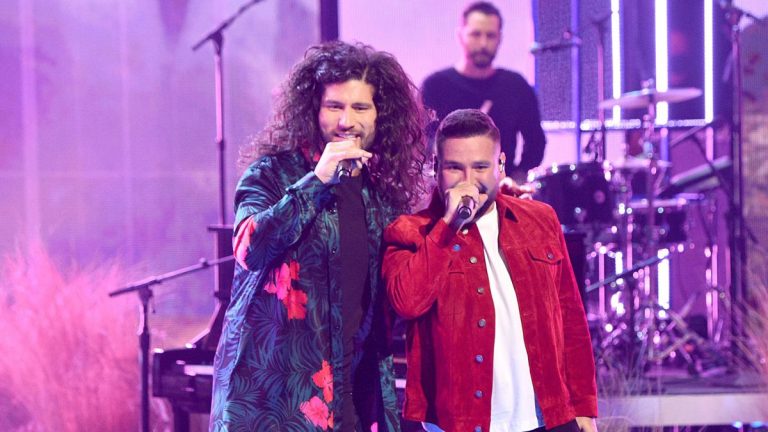 Dan + Shay shared some “some good news + some bad news” on Twitter Tuesday.

The duo pumped the brakes on their The (Arena) Tour this weekend because a member of their immediate touring party tested positive for COVID-19. The pair canceled shows in Orlando, Fla., and Atlanta, Ga., and refunds are being issued to ticketholders. Dan + Shay rescheduled their upcoming Hard Rock Live, Hollywood, Fla., show for April 21.

“Due to routing conflicts and previously confirmed 2022 dates, we were unable to re-book Orlando and Atlanta,” they said in a statement. “We know a lot of y’all have traveled or plan to travel for these shows, and it breaks our hearts to let you down. Yes, we’re super bummed, but in trying to find some positivity on a difficult day, that brings us to the good news.”

Dan + Shay will tour stadiums with Kenny Chesney in 2022, and the tour includes dates close to the venues they canceled this weekend. In addition, they promised Christmas surprises were coming soon to their fans. Wednesday, they released a new single through Amazon Music called “Pick Out a Christmas Tree.”

Dan + Shay’s The (Arena) Tour launched in Nashville in March of 2020 but was postponed within a week because of COVID-19. The tour kicked back off over the summer and will run through December.