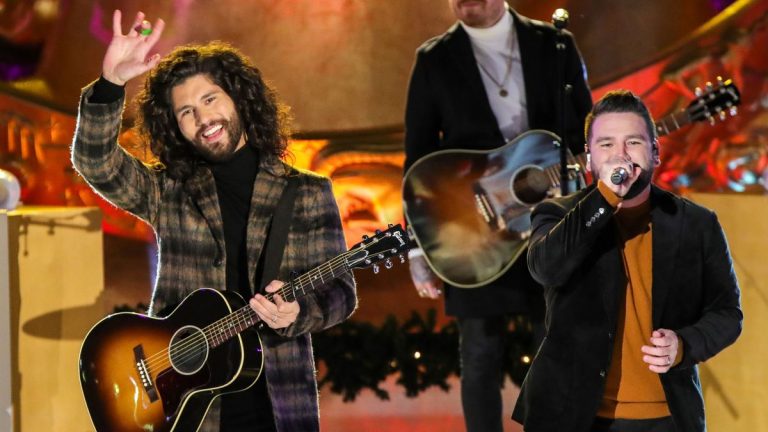 If Brett Young and the Pistol Annies aren’t enough to whet your holiday tune whistle, maybe record-breaking streaming country stars Dan + Shay getting into the mix could solve that problem. Yes, the “10,000 Hours” vocalists have teased that they — within a week — could have some jingle songs in the offing.

Via Dan + Shay’s social media, the duo posted “60 days until Christmas.” In regards, Dan Smyers commented: “and 8 days ’til something fun 🎄😇.” Fans responded excitedly, noting, “I SWEAR THERE BETTER BE A CHRISTMAS SONG AND OR ALBUM,” and “I’d be lying if I said I wasn’t excited 🤩🎄.” Dan + Shay are not new to the holiday song industry, though. 2020 saw them release the track, “Take Me Home For Christmas” , which included a video that featured Shay Mooney’s 4-year-old son, Asher.

News of their potential holiday release couples with recent highlights including their just-released album Good Things becoming the first country album in the streaming era to achieve RIAA Gold certification at release. “Three years ago, Dan + Shay made history with ’Tequila’ – and have continued on a meteoric rise ever since,” said Warner Music Nashville Chairman & CEO John Esposito via a press release. “This extraordinary accomplishment is yet another testament to their unparalleled talent and work ethic!”

Currently, Dan + Shay are on the road with their The (Arena) Tour, fulfilling canceled 2020 dates and new 2021 bookings. The 30-stop tour includes a date at Madison Square Garden. In regards to being back on the road, Shay Mooney added, “You have to take it day by day. I just think as a general rule of thumb, none of us are promised tomorrow to begin with.”