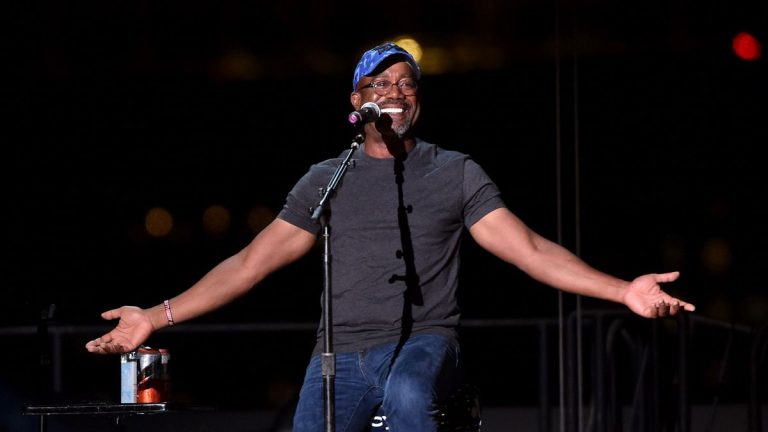 Multi-platinum artist Darius Rucker will enjoy “Beers and Sunshine” with fans this summer, as he is set to hit the road again. Early Monday morning (April 18), Rucker announced that he would be embarking on a 14-date tour come June with several Nashville newcomers.

The Hootie & the Blowfish frontman will kick-start his headlining tour on June 23 in Cleveland, Ohio, and will wrap on September 10 in Camdenton, Mo, with Tyler Booth. To go along with his must-see show, Rucker will also be making appearances at several fan-favorite festivals, fairs, and special events.

On Monday, June 6, the three-time GRAMMY Award winner will host his 13th annual “Darius and Friends” benefit concert at Nashville’s legendary Ryman Auditorium. The affair has raised over $2.5 million to date for the St. Jude Children’s Research Hospital.

“I can’t wait to be back at the Ryman with all of our friends from St. Jude,” Rucker previously mentioned in a statement. “This show is always a highlight of the year for me because it not only raises funds for a very important cause, but it also allows me to bring together some of my best friends in Nashville for a fun night of incredible music.”

The upcoming show will serve as the unofficial beginning of CMA Fest week in music city. Rucker will be joining the CMA Fest party, as he is one of many A-listers taking the Nissan Stadium stage on June 9.

Before he jet-sets to the Midwest to headline, the singer-songwriter will perform on the Brooks & Dunn Reboot Tour 2022 at Bridgestone Arena in the honky tonk town.

Tickets to several dates are on sale now, with tickets to most newly announced dates on sale to the general public beginning this Friday, April 22, at 10 a.m. local time via DariusRucker.com.