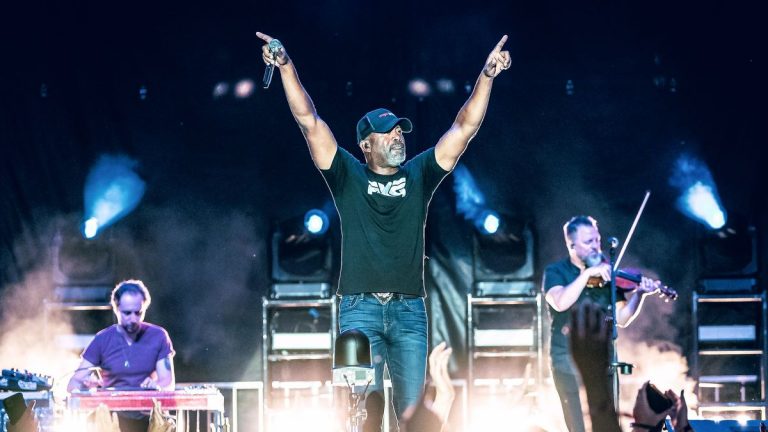 Darius Rucker’s uniquely celebrating a year wherein he achieved his 10th No. 1 country hit by taking his show to smaller venues.

“It’s been a dream of mine for a while to bring our show to these beautiful theaters,” says Rucker via press release in regards to his newly-announced run of 12 intimate concert dates to kick off the first quarter of 2022. “Some of my favorite venue memories over the years are at places like the Apollo in New York or the Royal Albert Hall in London, as it’s just a different experience when you’re that close. There are still a lot of theatres I’ve never had the opportunity to play,” he continued. “I’ll just say that this tour will have a lot of firsts, even for me.”

Caylee Hammack, whose 2020 single “Small Town Hypocrite” was singled out by Esquire as one of their “Best Songs of 2020,” will join Rucker on the tour. The run of dates will begin on Thursday, February 17, and include stops in Philadelphia, Boston, New York, Chicago, and more. Tickets for the events will be sold to the general public starting Friday, November 5, at 10 a.m. CT via Ticketmaster.