Dion Pride On The Event Honoring His Father, Charley Pride 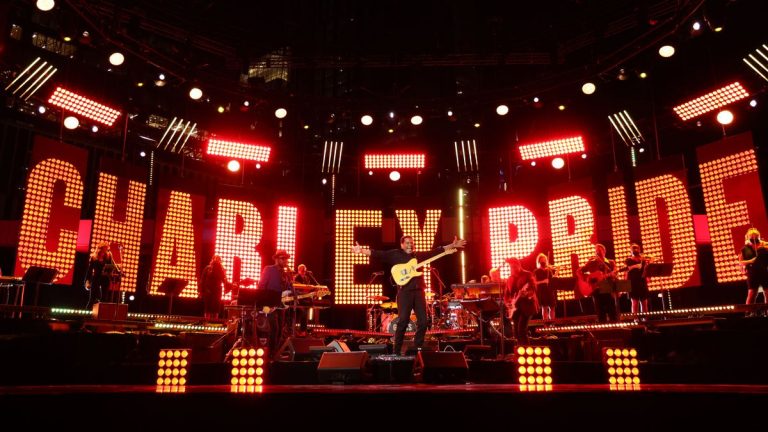 Recently, on CMT’s Hot 20 Countdown, footage was aired from the taping of CMT’s August 25th-premiering Giants: Charley Pride documentary and concert event. Hot 20 Special Correspondent Rissi Palmer and Pride’s son Dion — who also performed during the festivities — spoke at length regarding the event itself. “[The event is] overwhelming, it really is. The outpouring of love and respect for [my father] has been really therapeutic [to feel]. [My emotions about my father’s death] are still pretty raw. But this has been great,” notes the country performer.

“[My father] was such a special man. His celebrity and musical accomplishments were great, but it’s more the man that he was that everyone is here to celebrate,” Dion Pride added in an off-camera interview. “The man that [Charley Pride] was stuck out more than his talent. Dad always preached humility, though. As kids, we never really grasped how [huge] of a star he was.”

From trials to triumph, it is hard not to get chills listening to @DionPride share the tremendous amount of respect he has for his dad and hero, Charley Pride. Don’t miss the touching interview with #cmtHot20 right here: pic.twitter.com/H8NtXnMnU9

Regarding the event, its Executive Producer, Margaret Comeaux, says, “It’s an incredibly great honor to celebrate Charley Pride’s career from the perspective of those who knew him best – his friends, family and peers. As a true ‘giant’ in country music, Charley serves as an inspiration for present and future artists, and his legendary career transcends barriers with music that stands the test of time.”

From current artists like Jimmie Allen, who regard Pride as a superheroic mentor to fellow legends like Darius Rucker, who marvel at how timeless his joy in entertaining millions of fans over a five-decade-long career with 52 top-10 Billboard singles, or performers like Wynonna who spent meaningful time with him just before his untimely passing, Pride’s impact on country music’s most exceptional creators is apparent.