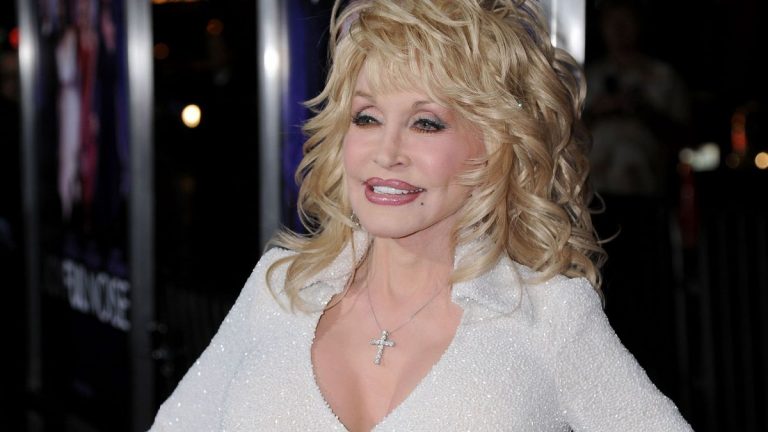 Is there anything Dolly Parton can’t do?

“This year’s ballot recognizes a diverse group of incredible artists, each who has had a profound impact on the sound of youth culture,” said John Sykes, Chairman of the Rock and Roll Hall of Fame Foundation, in a statement. “Their music not only moved generations but also influenced the sound of countless artists that followed.”

To be eligible for nomination, an artist or band must have released its first commercial recording at least 25 years before the year of nomination. Beck, Eminem, Duran Duran, Parton, Richie, Simon, and A Tribe Called Quest received their first nomination this year. 2022 is Eminem’s first year of eligibility.

While Parton isn’t celebrated as a rock artist, she is a beloved pop culture icon who is the most honored female country singer-songwriter of all time. The Sevierville, Tennessee, native has earned 25 RIAA-certified gold, platinum, and multi-platinum awards, 26 No. 1 country songs and recently reached the top spot on Billboard’s Christian Airplay Chart for her duet with Grammy-winning Zach Williams of “There Was Jesus.” She received her first Dove Award for short form video for her collaboration with for King & Country on “God Only Knows.” Parton is the first artist to have topped Billboard’s Adult Contemporary, Christian AC Songs, Hot Country Songs, Christian Airplay, Country Airplay and Dance/Mix Show Airplay radio charts. Parton has 44 career Top 10 country albums, a record for any artist, and 110 career-charted singles over the past 50-plus years.

A voting body of more than 1,000 international artists, historians, and members of the music industry cast ballots to determine the nominees based on criteria such as an artist’s musical influence on other artists, length and depth of career and the body of work, innovation, and superiority in style and technique.

Now through April 29, fans can vote every day at vote.rockhall.com or the Rock & Roll Hall of Fame museum in Cleveland. The top five artists selected by fans will comprise a “fans’ ballot” that will be tallied with the other ballots to choose the 2022 Inductees.