Dolly Parton Wants To Join Forces With Cardi B: “I Know She’s A Character, And I know She’s Original” 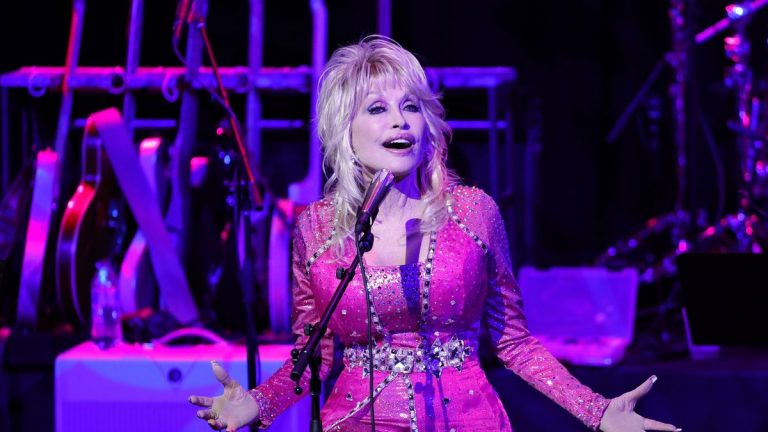 Picture this – A Dolly Parton and Cardi B collaboration.

Country music legend Dolly Parton revealed that she would like to join forces with chart-topping rapper, Cardi B. The “9 to 5” singer recently caught up with E! News’ Daily Pop to discuss the potential partnership.

E! reporter, Francesca Amiker asked the icon if fans could expect to see a genre-crossover duet with Cardi B in the near future. The legend explained that she “might” want to pursue a project with the critically acclaimed rapper, Cardi B if she is “willing” to work with her.

Parton’s creative wheels began to turn, and she started to rattle off ideas. The multi-platinum artist voiced that she would like to get long-time friend Cher and Cardi B together to create a television show or movie.

“I would love to do something with her sometime, a TV show or a movie,” Dolly said about the ‘Goddess of Pop,’ Cher. “We’ll have Cardi B on that same show, let Cher host it, and me and Cardi B will be the entertainment,” Parton detailed full of excitement.

Cardi B has been on Parton’s radar for quite some time, as the country hitmaker expressed her love for the singer in a 2019 interview with “NME.” She admired the “WAP” rapper’s confidence and unapologetic personality.

“I felt the same way about Lady Gaga when she came on the scene. I think it’s great for you to know who you are. I just respect and appreciate people for what they do and having the balls to do it,” Parton told the publication.

The singer-songwriter continued to point out that they share several similarities, as she believes music-goers have judged them both based on their public appearance.

“That’s why I think I do relate to all them. I do see pieces of myself in that. The boldness of it,” she concluded.

The daring decision making has turned Dolly Parton into the phenomenon she is today, but it is also her musical risk-taking that continues to place her ahead of the ever-changing musical landscape.

Until the 76-year-old receives a response from Cardi B, she confessed that she would like to create a rock record in the meantime.

“She thinks it would be a fun challenge, and she could actually work with other rock icons to make an album that nobody would expect but what everybody would want. Don’t be surprised if she puts something together and hit up the studio soon to figure it all out,” a close source told HollywoodLife.

While requesting removal from the Rock & Roll Hall of Fame nomination list, Parton touched upon the rock album.

“This has, however, inspired me to put out a hopefully great rock ’n’ roll album at some point in the future, which I have always wanted to do!” she included in her statement.