Don Everly, of Country-Rock Group The Everly Brothers, Dies at 84 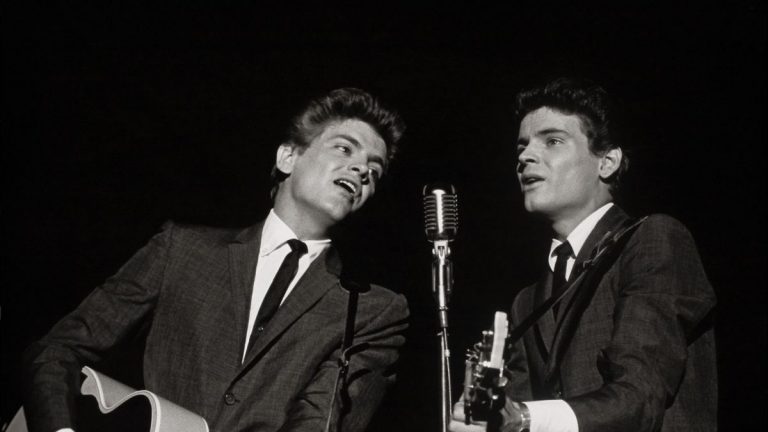 It was announced that Don Everly, the last surviving member of the Everly Brothers, died at his home in Nashville on Saturday at the age of 84. A representative for the singer confirmed his death to the Los Angeles Times, and at current time no cause of death has been disclosed.

In a statement to the Times the family shared: “Don lived by what he felt in his heart. Don expressed his appreciation for the ability to live his dreams … with his soulmate and wife, Adela, and sharing the music that made him an Everly Brother.”

Don, along with younger brother Phil, as harmonizing Everly Brothers, were pioneers in the rock ’n roll genre but their sound and contributions were felt well beyond a single genre. The brother group were among the inaugural class inducted into the Rock & Roll Hall of Fame in 1986, alongside Buddy Holly, Chuck Berry, Elvis Presley, Little Richard, and now last surviving member of the class, Jerry Lee Lewis. The Grammys recognized the importance and success of the Brothers’ career, presenting the brothers with the Grammy Lifetime Achievement Award in 1997. It was later, in 2001, that the Everly Brothers also took their place in the Country Music Hall of Fame.

As written by the CMHOF, “In purely commercial terms, the Everly Brothers were one of the most successful acts in popular music between 1957 and 1962. Only Elvis Presley, Pat Boone, and possibly Rick Nelson outsold them.”

With a catalog of hits like “Wake Up Little Susie,” “All I Have To Do Is Dream,” and “Bye Bye Love,” the harmonizing brothers, Don and Phil Everly, became influences to just about every vocal group that attempted harmonies. Perhaps it was Paul Simon’s words in a 2004 essay for Rolling Stone that said it best, “The Everly Brothers’ impact exceeds even their fame.”

And in a 2014 piece for CMT.com, Calvin Gilbert highlighted the impact of the Everly Brothers by sharing five songs that gained new life after being covered by other artists.

“Bye Bye Love”: Simon & Garfunkel covered it on their Bridge Over Troubled Water album in 1970, and George Harrison revised a few of the lyrics for the version he recorded on his Dark Horse album in 1974.

“Let It Be Me”: The song originated and France and had been recorded by others before the Everly Brothers tackled the English language version. One of their signature songs, it only reached No. 7 on the Billboard 100 chart. Nonetheless, the vocal harmonies the brothers created were used by others in several subsequent versions. Among those covering the song were Elvis Presley, Neil Diamond, Willie Nelson, Roberta Flack, Bob Dylan, Andy Williams, Sonny & Cher, Nancy Sinatra, Sam & Dave, Tom Jones and Glen Campbell and Bobbie Gentry.

“Love Hurts”: Roy Orbison, Cher, Rod Stewart, Jimmy Webb and Gram Parsons and Emmylou Harris all recorded their versions of the song that first appeared as an Everly Brothers album track in 1960. However, the best known recording is probably the hard rock ballad version by the band Nazareth, who took it to the Top 10 in 1976,

“When Will I Be Loved”: At the height of her success, Linda Ronstadt reached the Top 10 with her version of the song written by Phil.

Don Everly is survived by his mother, Margaret; his wife, Adela; his son, Edan; and his daughters Venetia, Stacy and Erin.