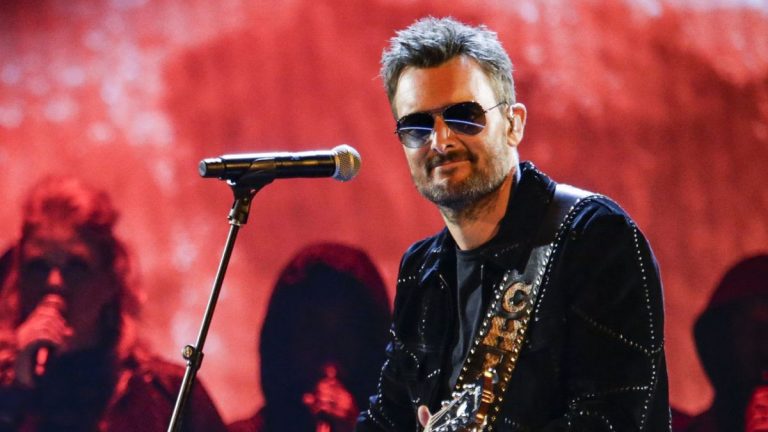 “Heart On Fire,” CMA Entertainer of the Year Eric Church’s latest single from his triple-album Heart and Soul, has received a video treatment from Reid Long that celebrates eleventh number-one songs at country radio, plus 30 Gold, Platinum and multi-Platinum certified singles. A collection of video memories from his storied career is followed by Church performing with his touring backing vocalist Joanna Cotten.

The single is currently in the top 25 on Billboard’s Country Airplay charts, joining “Stick That In Your Country Song” and number-one single “Hell of a View” in achieving that level of success. As for “Heart on Fire,” the July released single — as noted in a press release — was “the first song we recorded when we got to North Carolina, I already had pretty much, I wrote this song by myself, but I already had this song on the rails and we were heading down the path of what this was going to be. I thought we needed to kind of break the ice and get started on something…this was the song that was kind of the icebreaker for the whole project, and I credit this song a lot for getting us to where we ended up getting to with the project.”

Eric Church is currently on tour nationwide, with the Gather Again tour through August 2022. As well, he is tied for most nominations with five at the upcoming CMA Awards (including attempting back-to-back wins for Entertainer of the Year). For more information regarding Church’s tour dates or other news, click here.