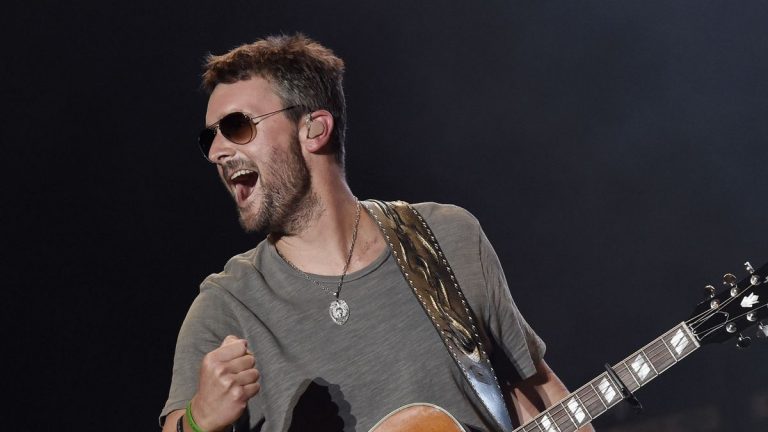 Eric Church, the reigning CMA Entertainer of the Year, has an idea for a new award.

“Most Times Coming in Second Place,” Church said, laughing at his idea. Before Church won Entertainer of the Year in 2020, it was widely believed he finished second in the category multiple times – although the vote counts were never made public.

Church will vie to keep his impressive title Wednesday night when he goes up against Luke Combs, Miranda Lambert, Carrie Underwood, and Chris Stapleton at the 55th CMA Awards, which will air 7 p.m. CT Wednesday on ABC.

But most of the time, he isn’t thinking about trophies – he’s concentrating on keeping his band and crew safe and his tour on the road.
Church was one of the first artists to relaunch an arena tour amid the pandemic, and it came with a learning curve. To help, the signer got Timmy and Alex – his Covid-sniffing dogs to speed up the testing process and make the experience a lot brighter for everyone involved.

“All of my guys and girls are vaccinated,” Church said. “As we went into these places, there were a lot of people showing up that weren’t part of our internal team, and we were having to test them. My manager had read about the (dogs) and the incredible success rates that they had. So we brought them out, and it’s been amazing. It’s quick. You think about having to do a nasal test or a dog sniffing your hand. The time you save .. and they’ve proved themselves more accurate than the rapids can be. It’s an amazing opportunity not only for us but for all of concerts, all of schools, all of airports. I think there’s really something to that. I’m glad to see people are starting to use them a lot more, and it’s fun just to have dogs out there anyway.”

After he gets on stage, he can see the way his music is bringing his fans together.

“This tour has been a lot about healing,” Church said. “I see it. I can feel it. You can sense it in a crowd. To go and kind of watch these people learn how to interact again in that world. People are like, ‘We’re in an arena again, and we’re singing!” There’s a point in the show where it starts to change, and they just get involved in the moment, and it starts to feel like 2019 again.”

Church’s arena tour picks back up Friday in Knoxville, Tenn., and stretches well into 2022.