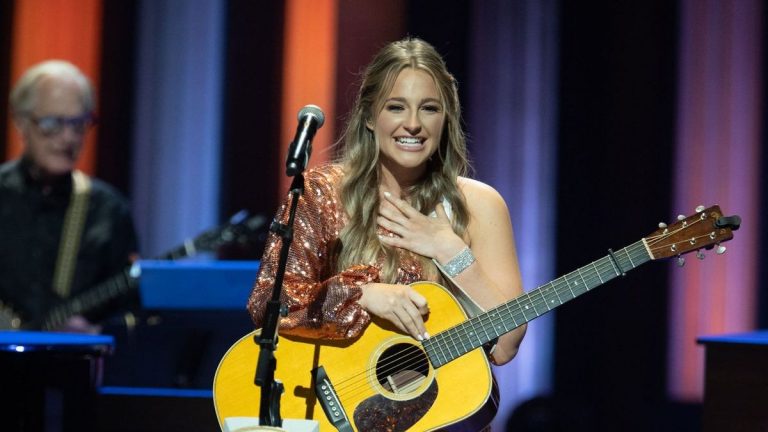 About 10 years ago, Erin Kinsey and her family made the trip from their hometown of Rockwall, Texas, to Nashville so 11-year-old Erin could see the Grand Ole Opry. As she sat in the audience, the little girl watched Carrie Underwood perform and dreamed of performing on the iconic stage one day.

Saturday, her dream became a reality when she made her Grand Ole Opry debut. Her family, high school boyfriend, co-writers, label president, and other team members were present for her milestone moment.

“To see my parents there in the crowd and this team who has gotten so behind me in the last six months surrounding them and being on that stage, for so many reasons, it was special,” she said. “But the people there put it over the top.”

Kinsey performed “Hate This Hometown” and her current radio single “Just Drive” from her new debut EP, “40 East.” While “Just Drive” was new to the Opry, country music fans are already well acquainted with the streaming hit. Written by Kinsey, Michael August and Josh Ronen, “Just Drive” has accumulated more than 28 million streams and views and landed her on many “Ones To Watch” lists for 2022.

“I don’t really have the words for this, and don’t know if I ever will,” Kinsey shared on socials following her Opry debut. “But thank you so much to the Grand Ole Opry for giving me a chance to share my music and my story on the biggest stage in country music. The weight of that circle and the legends that have performed in it, is so real and I feel so honored to have been able to feel it. Thank you to everyone who spent their Saturday night freaking out with me… it meant the world.”