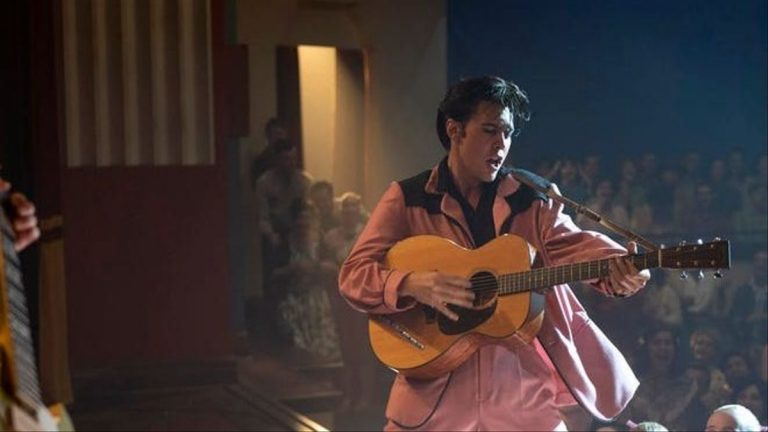 Elvis Presley might be the King of Rock ’N Roll, but it seems his relationship with country music will also be in the spotlight in Baz Luhrmann’s highly anticipated musical drama “Elvis” that will be in theaters June 24.

“Get a haircut, buttercup,” a man yelled at Presley from the audience.

The singer’s hips started to quiver in his pink suit; he hit a chord on his guitar, and women began to scream.

Throughout his career, Presley covered Hank Williams’ “I’m So Lonesome I Could Cry,” Jim Reeves’ “He’ll Have to Go,” Willie Nelson’s “Blue Eyes Crying in the Rain,” and George Jones’ “She Thinks I Still Care.” In addition, he topped the country charts with “I Forgot to Remember to Forget” – his first No. 1 in the genre.

Country music isn’t the focus of the film. The story is told through the lens of Presley’s relationship with his controversial manager Colonel Tom Parker, played by Tom Hanks. The film reaches back to the singer’s childhood in Memphis following the arch of his rise to fame against America’s cultural and political turmoil.

Butler, who grabbed attention for his role in Quentin Tarantino’s “Once Upon a Time in Hollywood, was captivated by the idea of becoming Presley.

“That’s what got the fire burning inside of me,” said the actor, according to USA Today. “Ultimately, it’s the life that’s important. You can impersonate somebody. But it’s to find the life within, to find the heart. Elvis is such an icon, and he’s held up to a superhuman status. To find the human within that icon, that was the real joy.”