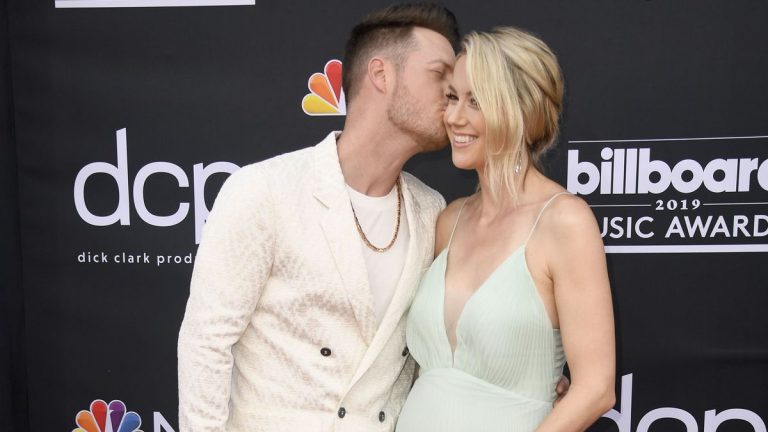 Tyler Hubbard is most known as half of Florida Georgia Line. He sings to thousands of people every night about sugar shakers, long tan legs, and driving with the windows down when he’s on tour.

Hubbard recently joined Hayley on “Meaning Full Living,” the podcast about parenting she co-hosts with Jessica Diamond, a registered dietitian nutritionist. The episode was dedicated to obedience, and Hubbard eagerly shared stories of how he was raised – and how he and Hayley are doing things differently with their kids, at least for the moment.

“We haven’t spanked our kids,” the singer shared.

It’s a statement the singer said he’s a bit surprised to make. He and his wife grew up getting spanked – he decidedly more than Hayley. Hubbard said his dad would send him to his room, talk to him about what he did wrong, show him the passage in the Bible that talks about spanking and then deliver the “licks.” Sometimes, he said, he got spanked every other day. It was a much rarer occurrence for Hayley.

“Before I became a parent, I would have said, ’Of course, I’ll spank my kids if they need it,” Hubbard said. “As I got older, I would say I want to communicate with my kids and not let spanking be the primary form of discipline.”

He said he knows kids are different and that Liv doesn’t need to be spanked. He shared that most of the time, his boys get in trouble for hitting and that it doesn’t make sense to punish them for hitting by spanking them. He admitted that he raised his voice at his daughter, hurting her feelings.

He said he could have maintained that he’s the bigger, stronger person, and she has to do what he says. Instead, he said, he chose to repair the relationship and apologize.

“I was able to come to her level and say, ’Daddy is really sorry. I should not have talked to you that way,” he shared. “Hayley and I want compliant kids, but we also want kids who trust us and want to talk to us about things.”