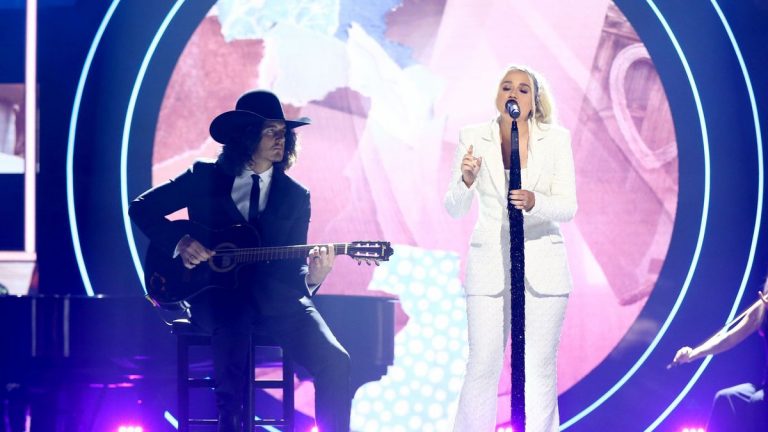 Gabby Barrett is the most nominated female at the CMA Awards next week – and she might have the most unexpected set of influences.

Barrett, recently honored by CMT as one of its Artists of the Year, grew up singing in church. But Michael Jackson is the artist she listened to the most and still admires. She learned about Jackson’s music from her dad and said they listened to his albums so much that she’s not sure which songs were radio singles and which ones were album cuts.

“There was so much creativity there and so much difference in so many things he did that separated him from a lot of people,” she said Today’s Country Radio with Kelleigh Bannen on Apple Music Country. “I just loved him in a lot of ways. I loved the style of music. There was just something special about him that grabbed me.”

This year, Barrett even paid tribute to Jackson in her shows by wearing gloves just as he did. She said the gloves were made to wear as a nod to Jackson with her CMA outfit last year, but when they didn’t match the way she had hoped, she wanted to find another way to use them.

“I wanted to do something that just changed it up a little bit, and ’I Hope’ has just been one of those staple songs in my career,” she said of why she chose to wear the gloves during that song. “And so to just do something special for that song was cool.”

Now there’s a new song that has captivated Barrett’s attention. The songstress just released “Pick Me Up,” a song she wrote with Ross Copperman and Jon Nite that is included on her “GOLDMINE (DELUXE)” that will be out Nov. 19. The updated 17-song collection also consists of the new song “Never Get It Back,” a cover of Dolly Parton’s “I Will Always Love You” and “The Good Ones (Wedding Version).”

“I’m so very excited about this song,” she said of “Pick Me Up.” “I love it so much. It’s a very laid-back, easy country song because I didn’t really have one of those in my repertoire. I’m excited for everybody to hear it. That’s why I wanted to release it a little bit sooner than when the whole Deluxe comes out.”