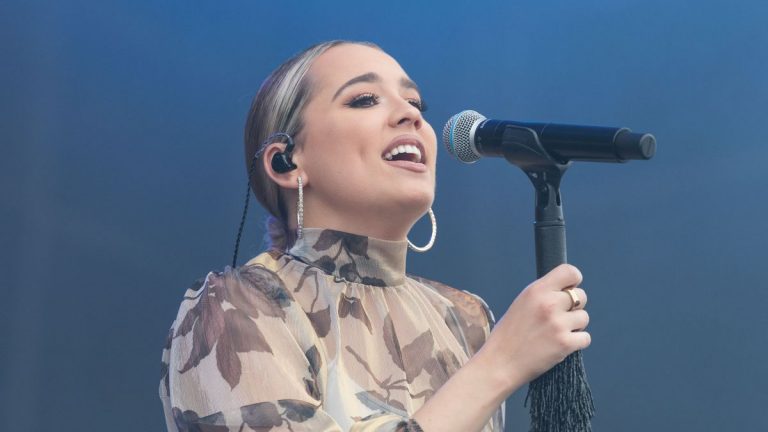 One quick look at the tracklist for Gabby Barrett’s forthcoming deluxe edition of her June 2020-released album Goldmine includes not just an acoustic version of her 18-month old chart-topping single “The Good Ones,” but also includes Barrett’s take on Dolly Parton’s legendary 1974 hit single “I Will Always Love You.” Though the former is inspired by numerous requests from her fans for a stripped-down rendition to use at their weddings, the latter is inspired by something much deeper.

“I did, ’I Will Always Love You,’ because I love Dolly Parton,” she recently told Audacy Country. “She’s somebody I absolutely love and has inspired me in a lot of ways. [As well], I always like to sing songs that felt a little bit more challenging just to challenge myself and I kind of did it more in the style of Whitney Houston,” she adds, name dropping the legendary R & B vocalist’s version of the song for the 1992 film The Bodyguard. Houston’s take famously spent a then-record-breaking 14 weeks at number one on the Billboard Hot 100 chart, making it one of the best-selling singles of all time and the best-selling single by a woman in music history.

As for iconic runs, Barrett’s 2019 debut single “I Hope” has had its own levels of epic success. A quintuple-platinum seller, it was the best-selling country song of 2020 in the United States. Also, it spent 20 weeks at the top of Billboard’s Hot Country Songs chart, making Barrett the first female solo artist to achieve that level of longevity on top of the countdown. Plus, it reached No. 1 on the Country Streaming Songs chart, making Barrett the first woman to score a No. 1 with her debut single on that Billboard chart.