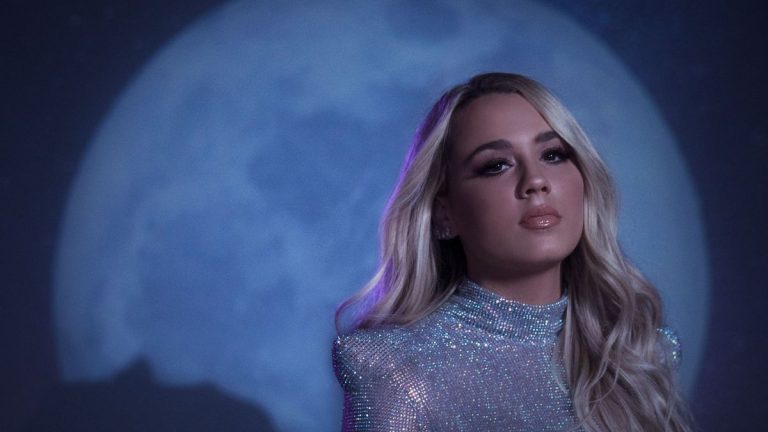 Gabby Barrett’s Zach Kale and Jon Nite co-written single “Footprints On The Moon” is an inspirational song that is a live favorite of the recently multiple CMA Award-nominated artist and 2021 CMT Artists of the Year honoree.

“One of the reasons why I wanted to release it, is with my first three singles, I really want people to get to know me through my music,” Barrett has noted previously in a press release. “I like my music to be very genuine to me and my life. With ’I Hope’ it was very heartbreak and loss and then ’Good Ones’ was finding hope, being married and all that good stuff, and then the next part to me is the trying to be uplifting part of myself as well, to people who may be in that same spot..that I was in when I was shooting for a very large dream that nobody believed in. A lot of people were very negative through school, anywhere and everywhere that I went, and it was difficult and I wish I had a song to listen to at the time that I was going through that, and so for anybody else that is going through it, I wanted to release it for them to help them in any way.”

“Footprints on the Moon” is the kind of tune she wishes she had heard in the early days of pursuing her career in music, she adds. Los Angeles-based director Gus Black is behind the song’s video, which visualizes the song’s dreamy and aspirational lyrical content.

The video for Barrett’s latest release made its broadcast premiere today, September 17, on CMT and CMT Music channels as well as ViacomCBS’ Times Square billboard.