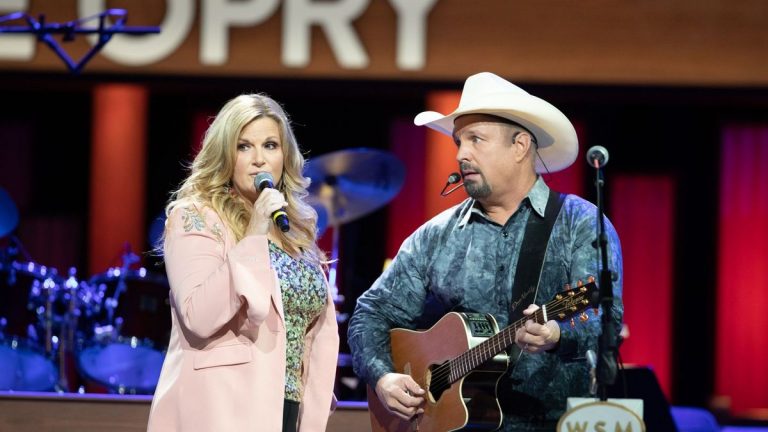 This weekend, the Grand Ole Opry commemorated its 5,000th Saturday night broadcast with a cast packed with country music legends, icons and up-and-comers.

“We cherish our membership in the Grand Ole Opry,” Larry Gatlin said. “We honor the tradition of country music, and I’m happy for all the young kids coming up. When we came here in 1976, our brand of country was a little bit different. But all of those legends, they opened their arms and embraced us. And I do the same thing for all the young ones coming in.”

Anderson opened the night with Roy Acuff’s “Wabash Cannonball.” Smith’s voice rang pure and potent on Hank Williams’ “Jambalaya.” The Gatlin Brothers nodded at their home state of Texas with Bob Wills’ “San Antonio Rose.” Terri Clark covered Loretta Lynn’s “Coal Miner’s Daughter,” and Rucker jumped into bluegrass with Bill Monroe’s “Blue Moon of Kentucky.’ Janson dialed up the energy to 11 with Charlie Daniels’ “Devil Went Down to Georgia,” covering many of the fiery fiddle parts on his harmonica.

That was just the opening number.

Throughout the night, The Gatlin Brothers treated the audience to sing along favorite “All the Gold in California,” Lynch dusted off his first hit “Cowboys and Angels” and Janson took everyone for a float in “Buy Me a Boat.” The audience went to Saturday night church with The Isaacs, Conlee, and Smith, who brought “Amazing Grace” into the Opry House.

Gill leaned back 80 years for Sam and Kirk McGee’s “Late Last Night (Way Downtown),” which he played on Sam McGee’s guitar at the offering of his grandson. Then Gill paid tribute to Sonny Osborne, who recently passed away with “Making Plans.”

Smith, Conley and Seely returned to the stage for a spotlight moment on their biggest hits: “Once a Day,” “Rose Colored Glasses” and “Don’t Touch Me.”

Then Young and Lynch joined them for an all-sing on the Opry’s anthem “Will the Circle Be Unbroken” – a moving collaboration showcasing Opry’s dedication to marrying generations and moving forward.

In a suit jacket bedazzled with rhinestones, Rucker honored Patsy Cline with “Walkin’ After Midnight” then switched gears to his hit “Beers and Sunshine.”

Brooks and Yearwood redefined showstopper as they closed the night. The power performers sent the band backstage and kept fans cheering, laughing, and singing for the last 20 minutes with their playful husband-and-wife banter and a string of iconic hits.

When a fan in the audience spontaneously shouted he was from Louisiana, Brooks tore into his “Callin’ Baton Rouge” with the enthusiasm of someone who had to cancel a stadium tour and just spent much of the last several months at home. When he finished, Yearwood quipped: “I just wanted you to know I was here in you needed me for anything.”

“I will say I don’t envy you having to follow that,” Brooks shot back. “Do you have any upbeat sing-along songs?”
“Oh really,” Yearwood replied. “I don’t think I have anything other than the most played song by a female artist in the history of country music, ever. I’ll come with something. Give me a D.”

Brooks started to strum Yearwood’s “She’s in Love with the Boy,” and she jumped into the first verse as pictures of her and her friend, Opry great Porter Wagoner scrolled across the Opry’s large screens.

“That was OK,” Brooks said.

“Thanks, babe,” Yearwood retorted. “How are you getting home?”

The back-and-forth continued, but so did the hits. Brooks and Yearwood dueted on a stunning version of “In Another’s Eyes” and Brooks followed with “Two Pina Coladas,” which the crowd helped him sing at top volume.

“This is a sing-along,” Yearwood declared. “You all sound awesome. This is the way to celebrate 5,000 broadcasts. We are honored to be a part of it.”

The show closed with “How Do I Live,” “The River,” a chorus of “Walk Away Joe” and “Friends in Low Places.”

Fans can catch the couple in a similar format later this month when Brooks plays two sold-out nights at Ryman Auditorium and a sold-out show at the Grand Ole Opry House.