George Strait, Willie Nelson Join Asleep At The Wheel To Cover “Take Me Back To Tulsa” 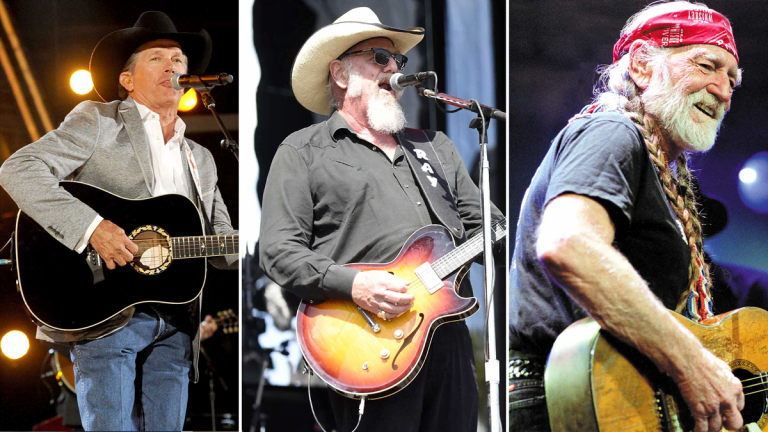 Legendary western swing act Asleep At The Wheel celebrates their 50th anniversary with the October 1 release of a 19-song collection, Half A Hundred Years. Among the songs in this collection include the Austin, TX-based band pairing with George Strait and Willie Nelson for a cover of Bob Wills’ “Take Me Back To Tulsa,” a song Asleep At The Wheel first recorded in 1972.

“To me, it doesn’t get more Texan than George, Willie, and Asleep at the Wheel doin’ a Bob Wills classic,” said the band’s lead singer Ray Benson via press release. The album also features appearances by original Asleep at the Wheel members Chris O’Connell, Leroy Preston, and Lucky Oceans. Plus, KUTX DJ Elizabeth McQueen, who played with the band for almost a decade, appears.

Benson added, “To finally get this album finished and out feels like the end of a long strange trip, to coin a Grateful Dead phrase. From full speed ahead to a dead stop in March 2020, navigating the new landscape of pandemic recording was a new challenge for sure!”

Regarding the album’s recording process and hopes for the next steps, Benson added, “Having the original band members interacting with current and former band members brought some of the most talented musicians playing the wide variety of music that is Asleep at the Wheel! Looking forward to the summer and fall tours to get folks dancing and boogieing again!”

Half A Hundred Years — featuring collaborators that also include Lyle Lovett, Emmylou Harris, Lee Ann Womack and more — can be pre-ordered by clicking here.