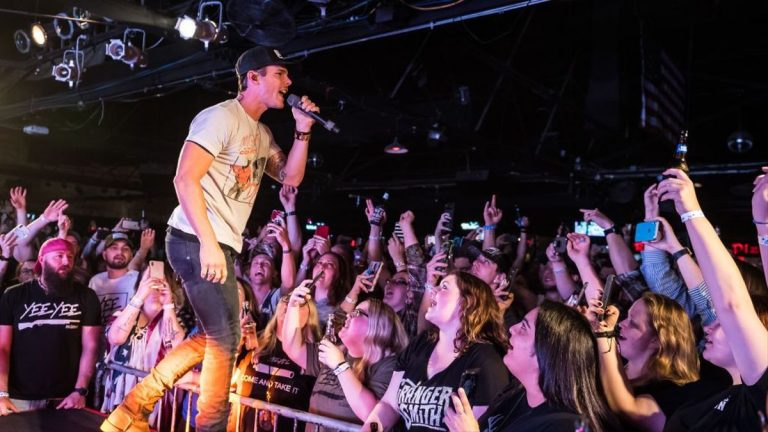 Granger Smith shared a video on his social media accounts that he hopes will save your child’s life.

Smith’s 3-year-old son River drowned in 2019 in the family’s swimming pool. On Thursday, Smith shared a video of his 8-month-old son Maverick’s 10th infant swim rescue lesson. In the clip, the baby, who can barely crawl, is tossed in the swimming pool in all of his clothes and his diaper and can hold his breath, twist his body, find air, float on his back, and cry.

“I never thought I would post something like this, but my mind is blown,” Smith said. “He can do this falling in head first, feet first, or any orientation. He has the skills to float until help comes.”

Smith explains that Maverick is in no pain or danger but that he isn’t able to attend the swim classes due to his personal vulnerabilities. However, he says, his wife Amber is an “absolute rockstar” and felt an obligation to share the message with the public.

“He’s a warrior and doesn’t even realize it,” Smith wrote. “He’s an example for many families who see this video. Only ONE person needs to see this, and hear my plea to you. Drowning is the #1 accidental death of children age 4 and under. Thinking that adult supervision is enough is an absolutely DEADLY miscalculation. Hear me. I used to think that too. As summer approaches: Supervise, install a fence (unlike this Airbnb,) install a pool alarm, never use floaties, always use a coast guard approved life jacket on open water, enroll kids in ISR. If not, fill your pool with dirt and plant a garden. This goes for neighbors, grandparents, hotels and public pools. Hear me.”
Smith concluded, saying: “Spread the word. River’s life mattered. He’s saving thousands of others. Hear me.”