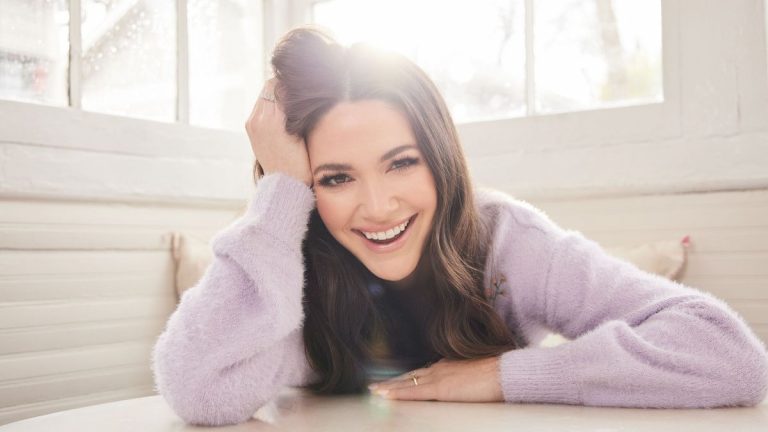 In May, Hannah Ellis and Nick Wayne were famously married at Reba McEntire’s former home, the Estate at Cherokee Dock, in Lebanon, Tennessee. Thus, her new video for “Us,” in that it, according to the vocalist, “captures the essence of that someone that we feel like we can always be ourselves with,” and how “that person [helps it] all make sense, in the big moments and in the small,” feels very much in line with her newlywed emotions.

To date, the 2018 CMT Next Women of Country class member, Rolling Stone “Arist to Watch,” and former competitor of Season 8 of The Voice singing competition program, has been on an impressive run with success. Alongside making her debut at the Grand Old Opry earlier this week, on September 28, she’s also opened for artists including Dwight Yoakam, plus been hailed by Rolling Stone As Rolling Stone for her “forward-thinking pop-country” sound filled with “spontaneous declarations of love.” Moreover, as a singer-songwriter, her career has already seen her pen songs recorded by Carly Pearce, Russell Dickerson, Emily Weisband, Cassadee Pope, and more.

“I remember my heart feeling so full that I was filming the music video for my first radio single with my director, and long-time friend Preston Leatherman, that I have always worked with,” Ellis continues. “I will also never forget singing my heart out so much that I ended up losing my voice. I loved how beautifully all the storylines came together and that it showcased me doing what I love doing most which is connecting with people through music.”