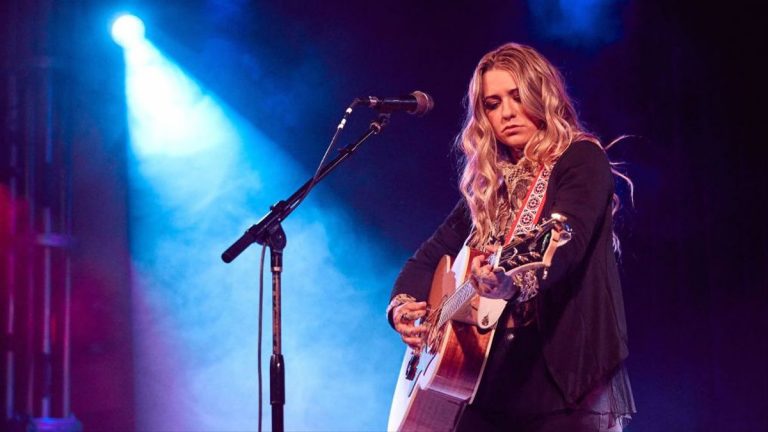 Morgan Wade had a plan. She was going to get married, have children and be a cardiothoracic surgeon.

But, music got in the way.

Wade, who is signed to Sony Music Nashville, is possibly the most buzzed-about new artist in country music. Jason Isbell + the 400 Unit Guitarist Sadler Vaden and Paul Ebersold produced her debut album “Reckless,” which ended 2021 on a slew of prestigious best-of lists. In January, she was named one of CMT’s 2022 Next Women of Country just before releasing a deluxe version of “Reckless” at the end of the month. In addition to her first single “Wilder Days,” the expanded version of the album includes a version of Elvis’ Presley’s “Suspicious Minds,” “The Night,” which is a poignant statement about mental health, and “Run,” a song about escaping painful memories.

Wade’s journey to here started in Floyd, Virginia, where she grew up near the famous Floyd Country Store — a century-old destination renowned for its old-time music, flatfoot dancing, cloggers and Appalachian culture. She often went with her grandfather, who surrounded her with the live bluegrass performances. The genre’s unflinching lyrics and intense musicianship were Wade’s only musical reference for many years.

“My grandpa didn’t just listen to any bluegrass,” Wade said. “He listened to the real old-school bluegrass. They don’t sugarcoat anything. It might be a real kind of up-tempo song that these people are out there dancing to, but they’re singing about death. It makes sense that that’s how I look at writing, being as real and true and in the moment as possible because that’s what I grew up on.”

Her first concert was The Chicks, and her dream collaboration is with Miley Cyrus. The combination of influences didn’t lead Wade to intentionally record an album for country radio. She met Vaden, recorded the music they wanted to make over an extended period, and country music came to her.

She didn’t have a manager, booking agent or producer when a performance at a music festival in her hometown led to a meeting with Vaden. The pair first connected over Skype, and a month later, Wade came to Nashville to meet Vaden, who would become her producer, in person. He didn’t want anything from her other than to work together. They started crafting an EP, and he became her first collaborator. Vaden and Wade didn’t have any creative rules – they just brought in musicians and let the songs lead the way. Much like the atmosphere of a bluegrass jam, she wanted the players to feed off each other’s creativity.

The making of “Wilder Days” was more in-depth. Wade brought the idea for the song to Vaden more than three years ago. They brainstormed, recorded a demo, and then spent a year-and-a-half tweaking the production into a roll-your-windows-down and sing-a-long jam.

They finished “Wilder Days” at 11 p.m. one night, and Wade was ready for bed – but Vaden wasn’t having it. They hopped in the car, turned the song up as loud as they could and went to get ice cream.

“That’s kinda like our thing,” she said of the ice cream. “It’s been really sweet moments.”

Wade released the music with the help of Thirty Tigers, but her undeniable songs and unique sound quickly grabbed the attention of Music Row. She was in talks with Sony Music Nashville and told Sony Music Nashville Chairman/CEO Randy Goodman that if he bought her a dog, she would sign his recording contract. When she found a French bulldog she wanted, she immediately told Goodman, who agreed without asking the price.

“I’ll never forget, Randy goes, ’Yeah, I didn’t know those dogs were so expensive,’” Wade recalls. “I was like, ’Yeah, but you made a promise.’”

She named the puppy Sony.

It was a good deal for both of them.

Sony Music Nashville re-released “Reckless” without changing a note, which she called “incredible.”

“Wilder Days” came out in October, and 41 country radio stations added the song in its first week, enough to make it the second-largest add week for a debut single in 2021. Now the deluxe edition of “Reckless” is available, and she’s set to play stadiums in 2022 with Luke Combs.

“This past year, the people that I’ve sat down with, these are things I never thought would happen,” Wade said. “Things have changed. I’ve been a little nervous because of all the attention I’m getting, but so far, it’s been really good attention. I’m really grateful.”