How Reba McEntire and Rex Linn Owe Their Relationship to Kenny Rogers, Coffee and Tater Tots 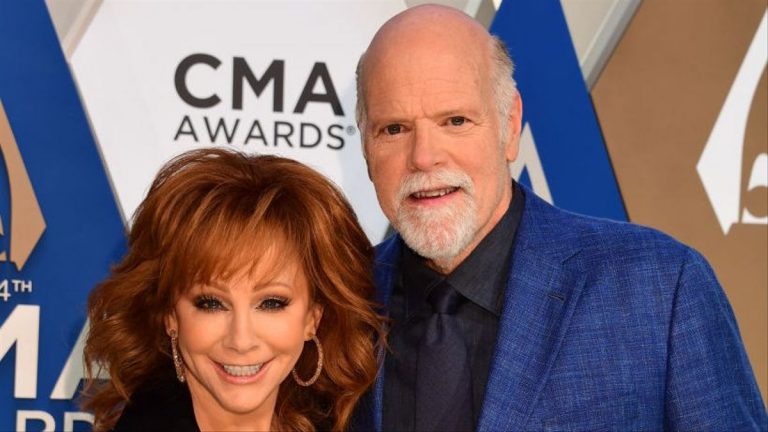 Reba McEntire can thank Kenny Rogers and tater tots for her thriving relationship with her actor boyfriend, Rex Linn.

McEntire kicked off the second season of her podcast “Living & Learning with Reba McEntire” with Linn on Monday, and the pair revealed they first met about three decades ago on the set of “Gambler V: Playing for Keeps.” It was among his first acting jobs in Hollywood, and McEntire’s role in the film was second only to Rogers.’ Regardless of the space between their names on the call sheet, they stayed in touch over the years. The happy couple reconnected over dinner with friends at Steve’s Wine Bar in Los Angeles.

The restaurant is where Linn bestowed McEntire with her nickname Tater Tot.

“They have tater tots on the menu, and I went nuts because I love tater tots,” McEntire said. “Rex is famous for giving people nicknames, and he said, ’That’s yours.’”

“My nicknames are legendary,” Linn added. “They’re never premeditated, and they always stick with people. You ordered tater tots and delved into them like a great white shark with ketchup. I just thought, ’That’s it!’”

McEntire has a nickname for Linn, too – Sugar Tot. Linn’s playful moniker arrived courtesy of McEntire’s sister Susie. Susie caught McEntire in the car on the phone with Linn and asked what she was doing. When McEntire replied she was talking to Linn, Susie shot back: “Well, tell Sugar Tot hi for us!”

“I said, ’Well alright, that’s his nickname,’” McEntire said. “We’ve used it ever since. We’re The Tots, Sugar and Tater.”

COVID-19 struck not long after the dinner and slowed the pace of the pair’s relationship. They stayed in touch over the phone with morning coffee dates they dubbed Coffee Camp.

“It was a very special relationship, us getting to know each other without any physical aspect to it at all,” McEntire said. “We’d talk in the morning. We started ’Coffee Camp’ while I was staying in Oklahoma… We haven’t missed a ’Coffee Camp’ since March 16th (2020).”