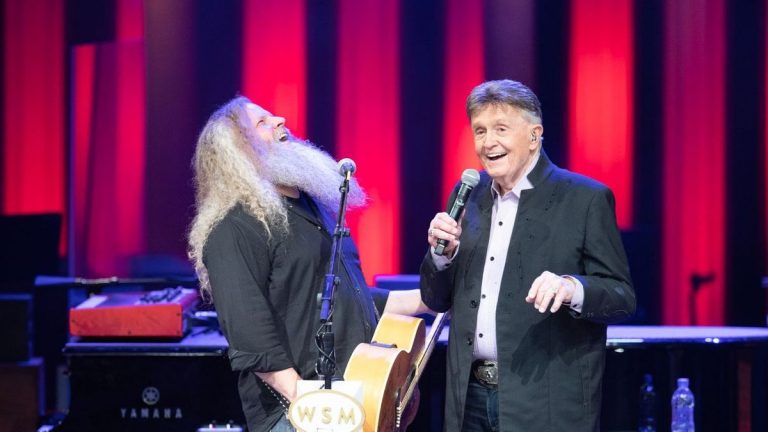 Jamey Johnson will be the next member of the Grand Ole Opry.

According to a press release, Opry member Bill Anderson surprised Johnson with an invitation to officially join the Opry family on Saturday night.

The invitation came as Johnson, Anderson, and famed songwriter/producer Buddy Cannon were on stage performing songs they had written together. The audience heard the stories behind George Strait’s “Give It Away,” “Everybody Wants To Be Twenty-One,” and “Cheaper Than A Shrink,” the Strait and Joe Nichols both recorded.

At the end, Anderson told Johnson he made his Grand Ole Opry debut 17 years ago and that he had been a guest many times. However, he said, Saturday night would be his last guest appearance.

“Well, I’ve been kicked out of a whole lot of places,” Johnson said.

“Well,” Anderson replied. “The next time you appear on this stage, you will be the newest member of our Opry cast and family.”

The request prompted massive spontaneous applause from the audience, and Anderson told Johnson he needed an answer.

“I accepted it 20 years ago!” Johnson said. “I really don’t know what to say except the obvious. I love country music. I would have never moved here if it wasn’t for that, for the Opry keeping it alive, and for the fans. I love you. Thank you.”

Johnson closed the set with his hit song “In Color.”