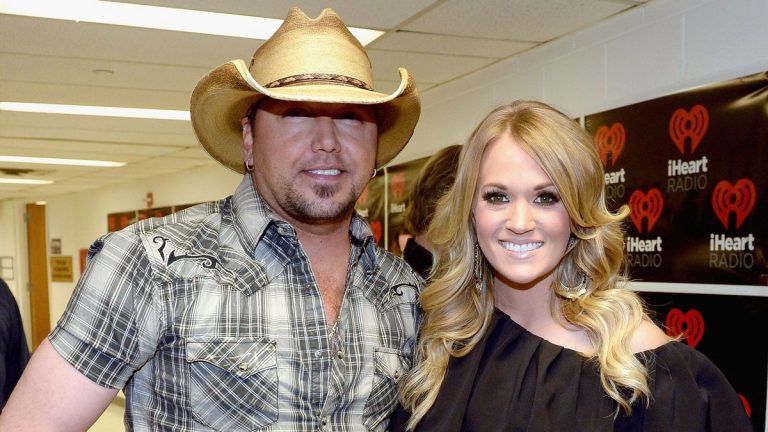 It’s a week of celebration for Jason Aldean, Carrie Underwood and their multi-week No. 1 song “If I Didn’t Love You.”

The video for Aldean and Underwood’s “If I Didn’t Love You” is nominated for Collaborative Video of the Year and the night’s top honor, Video of the Year, at the 2022 CMT Music Awards, which will air live from Nashville 8 p.m. Monday on CBS.

But a few days ago, they celebrated the song with a much more intimate group of friends, family, the song’s writers and music industry partners at a No. 1 party at BMI in Nashville.

Written by Kurt Allison, Tully Kennedy, John Morgan and Lydia Vaughan, “If I Didn’t Love You” is Aldean’s 26th No. 1 song and Underwood’s 28th chart-topper. It is Morgan and Vaughn’s first No. 1 song as songwriters.

The song’s story is a case of the best-case scenario of what happens when a plan comes together. The writers knew Aldean was searching for a song that was a duet that could serve as a defining moment of his double album “MACON, GEORGIA.” So, they called a last-minute writing session and wrote: “If I Didn’t Love You.”

Aldean heard the song, called his manager, and joked, “I said to call Carrie’s camp and get her on the song ASAP, just that easy,” he joked as the crowd laughed.

It’s never that easy. Aldean didn’t know what Underwood’s music release schedule looked like, and if she had new music immediately pending, they couldn’t have released “If I Didn’t Love You.” But she didn’t.

“Her voice was the one I heard on the song,” Aldean said. “I remember sending it to Carrie and she wanted to hear a version of it with my voice on it. So I ran into the studio and threw a vocal on it, sent it back, and was like, ‘OK, now what do you think?’”

He said they were in the studio recording it a week later.

Underwood remembers the first time she heard it. She was sitting on her couch listening to the song and her husband, Mike Fisher, asked what she was listening to.

“This was all meant to be,” she said. “That’s amazing to me. It all happened exactly how it should.”

For songwriter Lydia Vaughan, her good fortune didn’t end with her first hit song. Underwood is dedicated to helping empower other females in the music industry. When she saw Vaughn’s name, she was intrigued because she didn’t know her. So, she reached out.

“I have some insider information, but I think she might have a Carrie Underwood cut or two,” Underwood said as the crowd cheered.