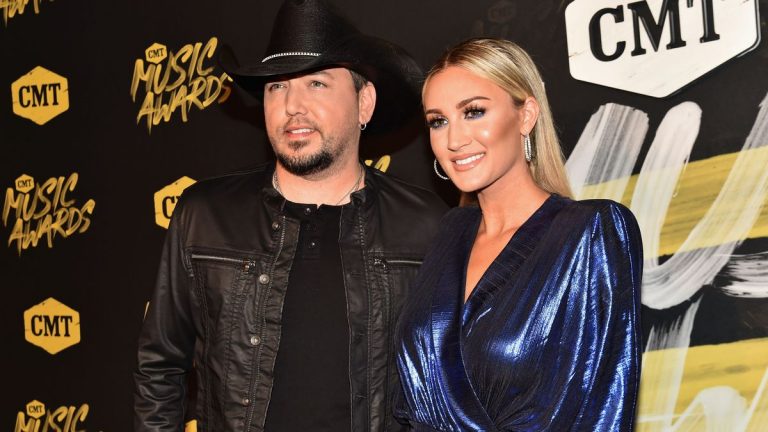 Brittany Aldean said in the past that she and husband Jason Aldean had trouble conceiving their young children Memphis, 4, and Navy, 3.

On Thursday, she went into more detail on social media about the steps the couple took to ensure they got to be parents to their son and daughter – in that order.

“IVF Fun fact: We did two rounds of IVF, first round 5 embryos (1 boy 4 girls) second round 2 embryos (both boys) I was set on having a boy first so we transferred the 1 boy we had and he didn’t implant,” she wrote. “Did another egg retrieval (which gave us the next boys) the first one didn’t implant💔 After discovering I had endometriosis and having a laparoscopy, the third and final boy made it!! MEMPHIS☺️”

“SURPRISE!!! WE ARE PREGNANT!!!,” she shared when she announced the couple’s first pregnancy. “This was the hardest secret we’ve ever had to keep 🙈 This journey for us has been full of many happy times & also many tears… The biggest rollercoaster we have ever been on, without a doubt! All of the moments of heartache were followed by the biggest blessing in the entire world!! We will never take one moment for granted & can’t wait to meet you, sweet baby!!! 👶🏼💛”

Even though the couple knew the first baby was a boy, they still staged a gender reveal for Jason’s older daughters. Memphis Aldean Williams was born Dec. 1, 2017.

After Brittany had laparoscopy to address the endometriosis, she had no trouble carrying a baby. When Memphis was 7 months old, the couple revealed they were expecting again.

“We had 4 girls left and implanted the first and were immediately pregnant with NAVY😎” she wrote.

Brittany theorizes that given her IVF journey, Navy may be the senior of the younger siblings.